Yooka-Laylee and the Impossible Lair: How To Use Tonics

Perks that come with a cost. 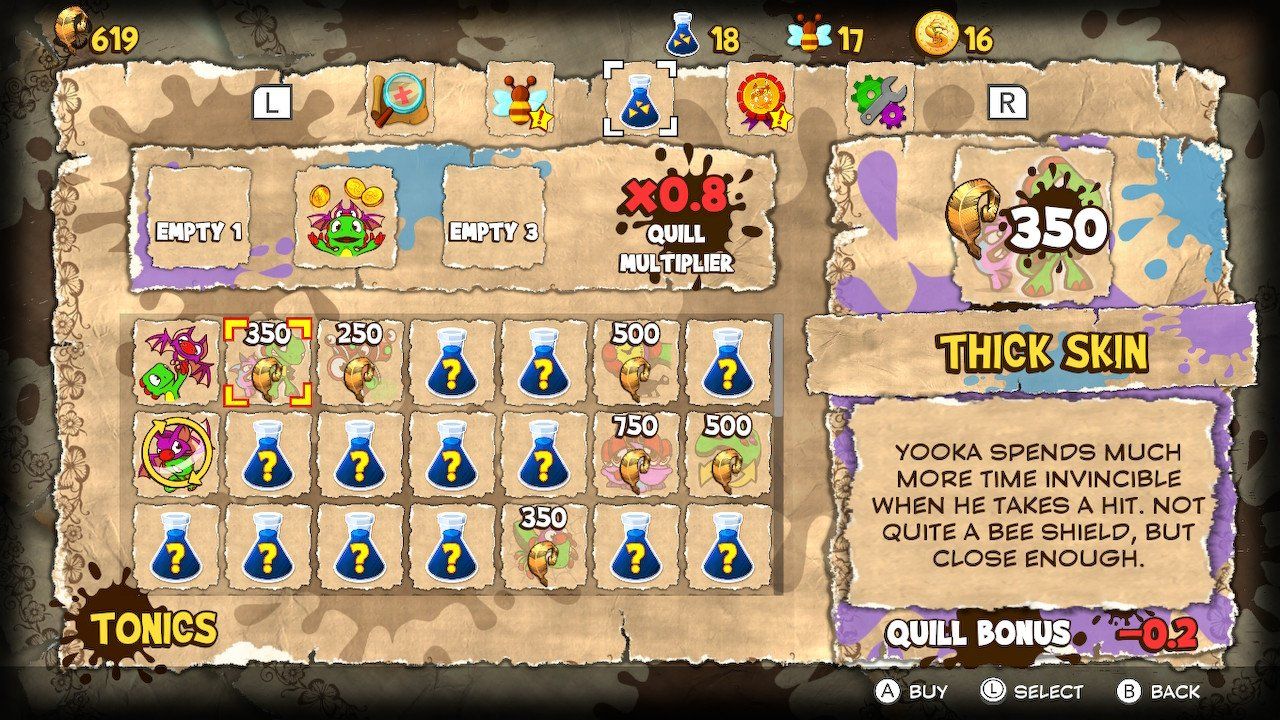 Yooka-Laylee and the Impossible Lair features a major change in the style of gameplay going from a 3D to a 2D platformer, but there are also many elements that are carried over from the original as well. One of these happens to the Tonics in the game, which offer special perks and such for you in the game. There are lot of them in the game and this guide will explain how to get them and how to use them in Yooka-Laylee and the Impossible Lair.

You will be introduced to Tonics quite early in the game when you come across Vendi, the the literal yellow vending machine that you find soon after the opening levels right in the only path you can take. When you speak to Vendi, she will give you your first Tonic in the game in the form of Catchee. Just getting the Tonic does not activate it, however, as you must also go through a few other steps.

Except for this first Tonic, you have to actually spend Quills on it to actually purchase it after you find it in the wild. So first you must find the Tonic, which are little blue beakers around the map, and then open up the pause menu. Then go to the Tonic subheading and go down to the Tonic you want to purchase, which has a Quill cost over it. Pay this and you can then add it to one of three slots, which can later be expanded to four.

The problem with Tonics though is that they can come at a cost. This is in the form of negative Quill bonuses at the end of each level, which vary by Tonic. Be careful which Tonics you are equipping, as these negative bonuses stack and can lead to you hardly getting any Quills in the end.

There are some interesting Tonics to play around with, some that affect the gameplay and others that change the aesthetic and color scheme of the game. There’s a lot of these to find and unlock, so keep an eye out for them everything you travel in Yooka-Laylee and the Impossible Lair.

Home / Game Guides / Yooka-Laylee and the Impossible Lair: How To Use Tonics