Yooka-Laylee Guide: How To Save 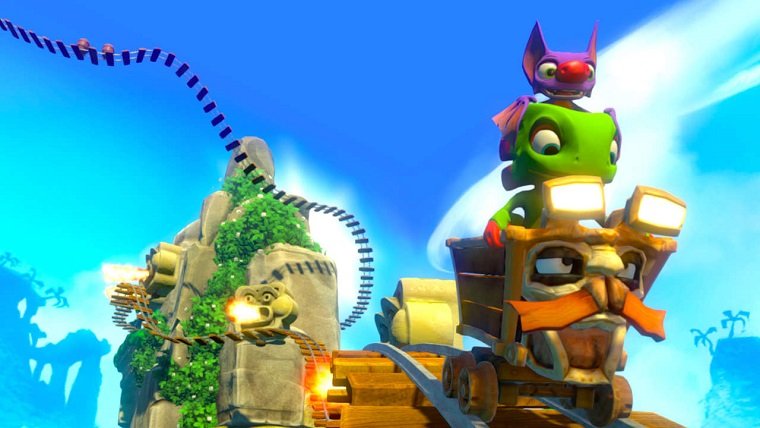 Yooka-Laylee arrived earlier this week after a few years of waiting for the massive number of Kickstarter supporters. Bringing back the collectathon style of 3D platformer that Rare was known for in the Nintendo 64 era with most of the old team back together at Playtonic Games, there are plenty of collectibles to find in the game and that means the save system is vital and we’re here to tell you how it works.

Throughout the five worlds and hub world of Hivory Towers in Yooka-Laylee, there are Pagies, Quills, Ghost Writers, and more to find and collect. When you are deep into one of the worlds, you may be concerned with losing the items you’ve collected if you were to die in game or even have a power outage or something at home, causing your system to reset.

The good news is that Yooka-Laylee uses a fairly regular auto-save system that should prevent you from ever losing too much progress. Essentially, collecting any of the items in the game besides a Quill will trigger the game to auto-save, which isn’t a surprise considering there are 1,010 of them in the game and that would be a lot of saves.

Anytime you collect items like Pagies, Heath Boosters, Mollycools, and such will cause the game to save, which will be signaled by a little floppy disc icon in the bottom right hand corner of the screen.

Collecting items isn’t the only method to trigger the auto-save either, as certain NPC conversations, such as buying new moves from Trowzer will do this as well.

The final way to save is to simply enter or leave a new area entirely. This means exiting and entering one of the Grand Tomes or going between the areas in the hub world that require you to have a somewhat lengthy loading screen. This means that if the system shuts off, you will then start back at that most recently entered area, which is very useful.

Even though you can’t save manually in Yooka-Laylee, there are plenty of opportunities to auto-save and you shouldn’t ever lose too much progress if something were to happen unexpectedly.

Home / Game Guides / Yooka-Laylee Guide: How To Save