Number Hunter: Kite Tenjo Event is now available for everyone to participate into, and we take a look at the best Deck to farm Kite, who is the main attraction of this activity. Member of the ZEXAL World that was also (kind of) recently added into the game, he is accompanied with his Photon and Galaxy friends, who proved to be a considerable threat, especially at lvl 40.

With sweet rewards like ‘Photon Advancer’ and ‘Number 10: Illumiknight’, Kite is our next farming target in Duel Links. Fighting him also awards us with Event Points, needed for other great rewards, so make sure to fight him as much as possible during the event.

Below, we included the best Deck currently there is, with the highest chances of beating him constantly. At no surprise, if you are used to farming, Yubel takes again the crown at being one of the choices that fit this title accordingly, scoring a great amount of points each time. 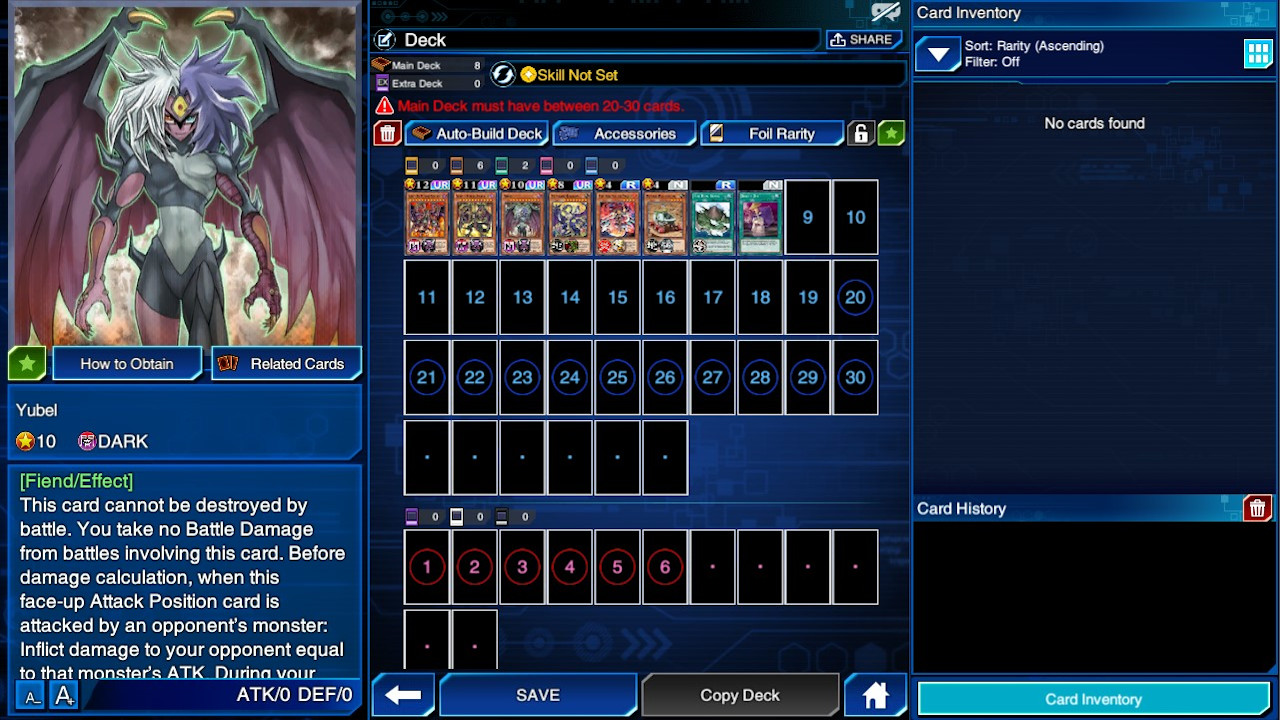 Skill: My Name is Yubel

First things first, your main focus is to setup everything in order to nuke Kite on the last turn. Using Fire King Avatar Yaksha or Fire King Island to destroy your Yubel and summon Yubel – Terror Incarnate (defense position), is the first priority. If you are having trouble getting those cards, it is advised to use Sangan or Planet Pathfinder to look for them. Cycle your Deck as much as possible, in order to have your hand ready for the last turn.

During the last turn, your hand should have the following, in order to complete the setup and end the battle: 3 High-Level Monsters, Montage Dragon, Shien’s Spy, Yubel – The Ultimate Nightmare x1, Fire King Island. Having these, and your previous Fire King Island set in the field, alongside Yubel – Terror Incarnate, you are ready to deal the final blow.

Discard the 3 high-level Monsters, and summon Montage Dragon. Then, use Shien’s Spy to give it to your opponent, Kite. Using your second Fire King Island to destroy your current Yubel – Terror Incarnate, and summon Yubel – The Ultimate Nightmare is the last touch for our setup. Simply attack Kite’s, now owned, Montage Dragon and win the game, accumulating a lot of points in the process.

Extra tip: If Kite manages to destroy your Yubel – Terror Incarnate with his Neo-Galaxy-Eyes Photon Dragon, try to restart the setup by throwing in Yubel – The Ultimate Nightmare, and then summon your Terror Incarnate again.

The Deck itself needs a little practice to get used of it, but worth every minute considering the results. There isn’t any room for replacements too, aside from taking out Sangan or Planet Pathfinder, for trading in Witch of the Black Forest, in case you have her. Other Decks are in the process of being tried out as well, and of course many more can be equally efficient as this one, but more time is needed to see the results. For now, enjoy your thousands of points gained with this Yubel Deck.