The Blue-Eyes archetype is getting some love. 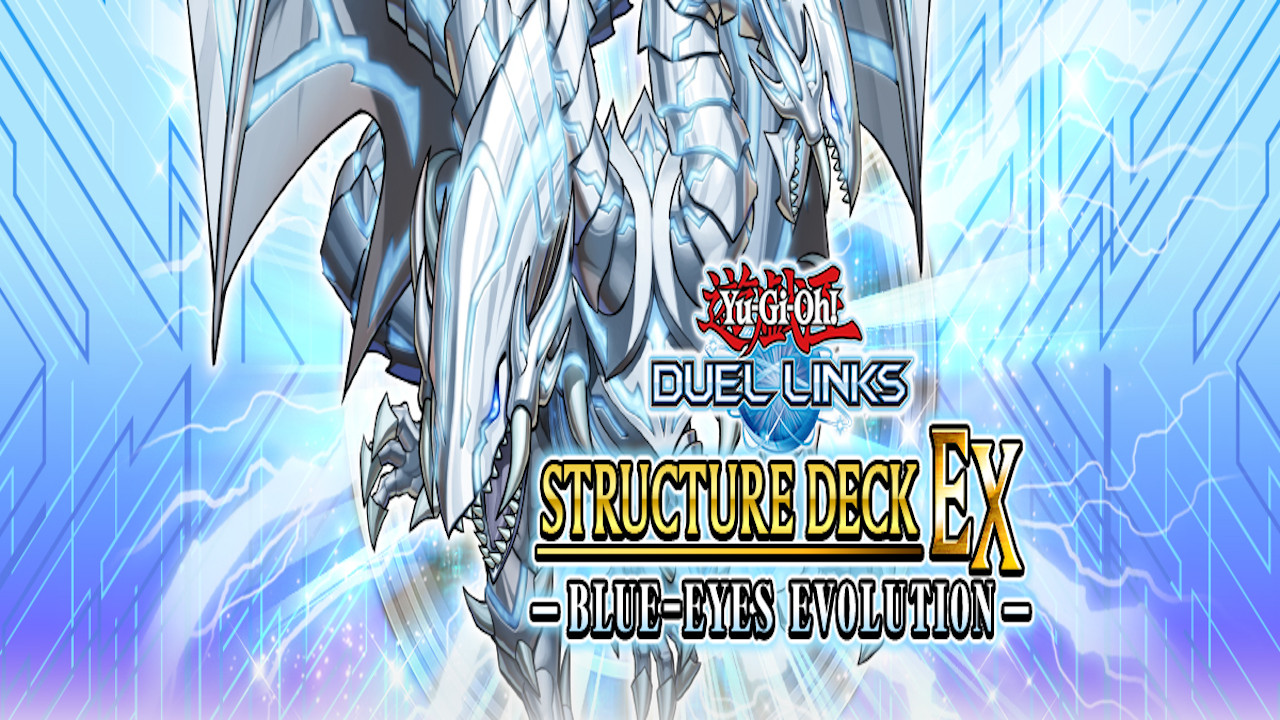 Structure Deck EX: Blue-Eyes Evolution is the latest addition to the big Structure Deck collection the game already has. As the name already shows, it is focused and themed around Blue-Eyes White Dragon, and its additional form, Blue-Eyes Twin Burst Dragon. An archetype that had its ups and down, but mostly stayed in the top of every tier list out there, with certain cards dominating the competition. Is this free to play (kinda) Deck though, worth getting?

For veterans and casual players that are around for a while, not really. You can find most of the content of this deck in other ways, less expensive as well, so it is not suggested to spend resources if you are already flooded with other good teams.

For beginners though, it is a suggested structure deck indeed, being a good start for future dragon decks. In both cases, the main reason you’d want to grab it, would be due to two cards. Blue-Eyes Twin Burst Dragon, which is the flagship monster of this Deck and a new addition to the game and The White Stone of Ancients. The latter is an already established card in the world of Yu-Gi-Oh! Duel Links, but grabbing an extra copy of this rare piece is not a bad move. The King of D. is also a niche card to have, so overall the deck can be a solid start for players who want to build a Blue-Eyes Deck of any form, in the long run.

Save your hard earned money for something better, but don’t be afraid to throw in some already existing Gems.

Spending 1000 Gems for the whole kit is not a bad deal, especially if you are starting out considering the content it has, but it is not advised to spend real money to get extra copies of the Deck, due to what we mentioned above. Many of the tools in this package can be found elsewhere, for free as well, so just grab your single Blue-Eyes Twin Burst Dragon and be done for the day. Save your previous shinnies for content further down in the road.