Over the years, the Pokemon franchise has introduced a number of legendary Pokemon that can be captured by the player, with a good number of them available in the brand new Pokemon Omega Ruby and Alpha Sapphire. While the original Ruby, Sapphire, and Emerald had Groudon, Kyogre, and Rayquaza in the forefront, there were also the new legendaries of Latios and Latias, one of which could be caught in each of the three, the latter of which was the choice of the player.

As a remake of Generation III, players will have the opportunity to get one of the two once again, also depending on the version picked. Those who are playing Pokemon Omega Ruby will get Latios while those playing Pokemon Alpha Sapphire will get Latias. Luckily, rather than having to find them through the frustrating random encounter scenario seen with the three dogs of Johto, the player literally is given one here.

After defeating the protagonist’s father in Petalburg City and getting the fifth gym badge, Wally will ask the player to go with him to Mauville City. Do so as the player does not have Fly quite yet. Follow the path to the right after this and you will eventually run into Steven. Depending on the version you have, Steven will have the other of the pair of Latios or Latias, who will take you both skyward.

At this point, the player will come across Latias/Latios and have to protect it from either Team Aqua or Team Magma, depending on the version you have. Specifically in Alpha Sapphire, you will face: 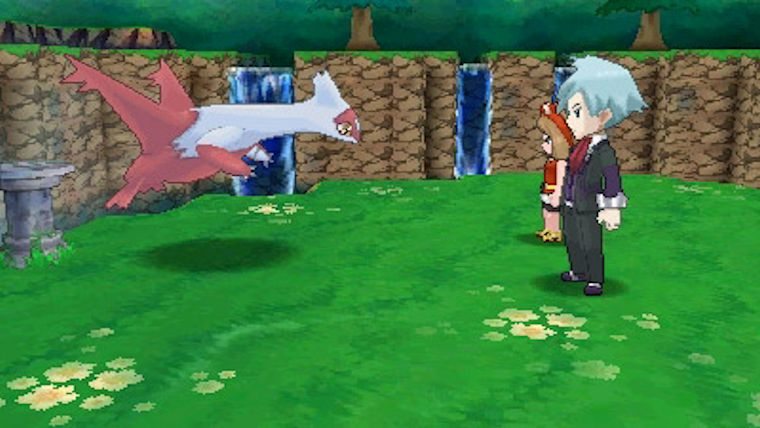 After defeating these two, Latias/Latios will see you as a fitting trainer and ask to join your team. Unlike most moments in the series where you will have to go to a Pokemon Center and open up a spot on your roster for it, the game will automatically let you choose one in your party to send back to the PC. Now, you have your own Level 30 Latias or Latios.

In addition, the player will also get the respective Mega Evolution stone, in Latias’ case it is Latiasite. After this, Steven will then give you the Mega Bracelet as well, allowing you to access Mega Evolution for the first time in the game with your respective newly acquired legendary Pokemon.