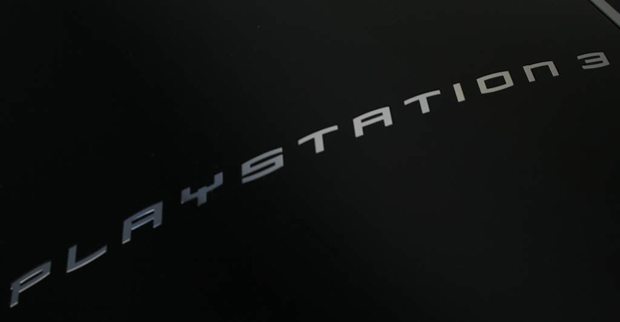 2010 was a pretty good year for the PlayStation 3 console.  Top notch exclusives like God of War 3 and Gran Turismo 5 saw adoration of their long time fans.  New games like M.A.G. and Heavy Rain made a name for themselves and captured the minds of PlayStation gamers.  The console sold very well in 2010, after a redesigned Slim model was released at the tail end of 2009.  PlayStation Move was introduced and snatched up by motion control fans, and 3D put it’s best foot forward in 2010.  But this is 2011, what about the future of the PlayStation 3?  2011 will be just as great if not better for PlayStation owners and here are five reasons why you should own a PlayStation 3 in 2011.

1 – Don’t believe the hype, PSN is an awesome online network.  And it’s free!

The PlayStation Network offers many of the features that competing services offer without the monthly price tag.  There’s great support, hardly ever down time, timely security updates, and over 60 million registered users on the service so there’s always someone to play with.  Whether you are taking to the virtual roads in Gran Turismo 5 or battling it out in a heated game of Call of Duty or Killzone, the PlayStation Network offers the ability to connect with others from remote locations across the world to do battle, voice chat, and buddy up.

2 – It Only Does Unbelievable Exclusives

If you are reading why you must own a PlayStation 3 in 2011, I am assuming that you don’t own one.  In that case you probably have not played the already extensive lineup of award winning titles that you could catch up on.  Games like the Uncharted Franchise, Little Big Planet, and God of War, among heaps of other titles that are just as good now as they were when they were released years ago.  And 2011 has been deemed by me, the year of the PlayStation because when you look at the lineup of games coming exclusively to the PS3 this year, nothing can hold a candle to them.  Uncharted 3 , Killzone 3 , Little Big Planet 2 , inFamous 2, Motorstorm Apocalypse, Twisted Metal, Socom, the list go on and those are just some of the most popular games.  There’s nearly one for every month in the year in 2011, and there’s almost not enough time in the year to get through each and every one of them.

The PlayStation Move might have released in 2010, but this is the year that Sony is really going to strut it’s stuff with the motion controller.  The fusion between core gaming experiences and motion controllers has never been seen before and this year it’s gonna happen on the PlayStation 3.  Hardcore titles like Socom and Killzone will have Move support from Day One and if you don’t consider yourself a core gamer, that’s alright, because the Move is all about options.  Options and the flexibility to play the most casual or core games around.

3D gaming is here and it’s best done on the console that helped forge the way into the new technology.  With the announcement of affordable televisions at the Consumer Electronics Show this week, you are going to begin to see more adopters of the technology.  Especially gamers.  Gaming is all about immersion and what could be better than gaming in three dimensions.  Nintendo is getting ready to launch their handheld, and Sony has slowly been broadening their 3D offerings.  And while limited right now, 3D gaming is due to explode in 2011 and beyond.

You’ve probably seen the ads for the PlayStation.  That’s why you are considering getting one.  You know, the “It only does everything” ones. But Sony’s PlayStation 3 really does do quite a bit at a very attractive price point.  A free Wi-fi connection, wireless controller, capable hardrive, and blu-ray player are just some of the things that are featured from a hardware standpoint.  And as for software, there’s plenty to keep you busy between the games mentioned above old and new.  And the equally awesome downloadable games that are featured on the PlayStation Store.  Features like Netflix and Sony Streaming Movies can be accessed from your console and it really is a great entertainment piece in your home.  Whether you are into gaming, listening to music, or enjoying the lifelike quality of  Blu-ray movies.

As you can tell there are quite a few reasons to own a PlayStation 3 in 2011.  While we may not have covered every single one, we left the rest up to you.  What are your reasons that you must own a PS3 in 2011?  Leave your responses in the comments section below.