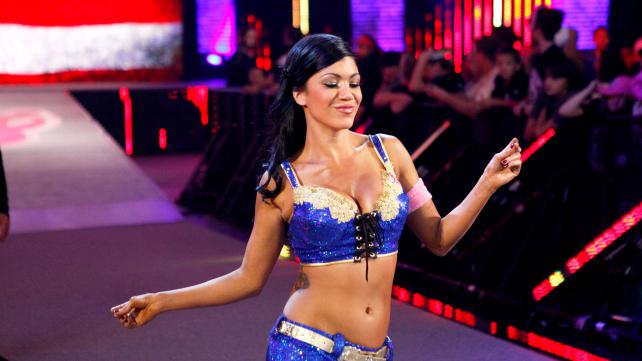 A member of the Total Diva TV show has confirmed that she will be in WWE 2K16.

A fan asked Rosa Mendes on Twitter if she will be in WWE 2K16 later this year. She confirmed this by saying: “Yes I will be:)

Rosa Mendes may not be the biggest name in WWE, but at least her fans are happy she’s in WWE 2K16. A few days after tweeting this, Rosa Mendes retweeted fans getting excited about her involvement in this year’s game.

In related news, several other publications reported 2K Games tweeted out that WWE 2K16 will have the biggest roster to date. However, the game’s community manager has confirmed that it was a rumor and no tweet was shared.

WWE 2K16’s community manager, Marcus Stephenson, tweeted out: “That’s just a rumor. There was no tweet.” He said in another tweet that the rumor may have started from a fake photoshop. Stephenson is responsible for the official WWEGames’ Twitter page, so he obviously knows whether or not he tweeted something or not. I checked the WWEGames Twitter page myself and didn’t see any tweeted related to WWE 2K16.

It’s still months away until WWE 2K16 officially comes out. 2K Games won’t know the size of the roster until it is likely to make an announcement on it in August. Even then, the roster will expand for any future DLC they might have planned.