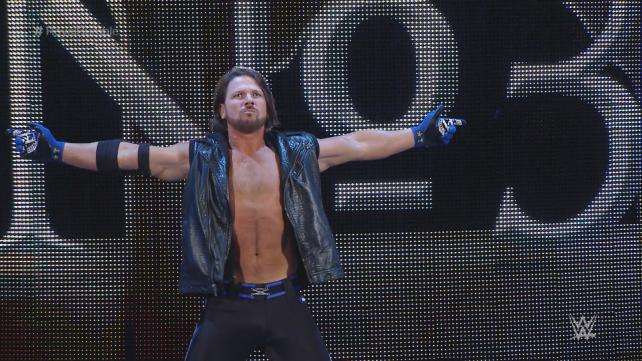 2K Games has confirmed that AJ Styles will not be added in as DLC for WWE 2K16. As for WWE 2K17, it seems more likely he’ll be added in that game instead.

The WWE2K Twitter page announced: “AJ won’t be available in #WWE2K16 as all DLC was locked in ages ago. Going forward, we’ll have to wait and see!”

This means 2K Games won’t be releasing anymore DLC for the game outside of the ones that were already announced last year. AJ Styles won’t be in WWE 2K16, although fans can always create him. If you’re not good enough to create him yourself, you can download him via Community Creations.

The only downside to a created version is that it won’t have the fancy titantron graphics and nor will it have his official theme song. However, the game does have a lot of his moves apart from the Spiral Tap.

It’s more likely that AJ Styles will be included in WWE 2K17. 2K Games usually finalizes the roster each year the day after WrestleMania. Since he debuted at the Royal Rumble on the main roster, he’s likely to be available in the launch roster. He didn’t have to be in NXT like his mates Samoa Joe and Austin Aries.