[Update] Another Final Fantasy XV Demo Update Could Be In The Works; Possible Free DLC For The Game 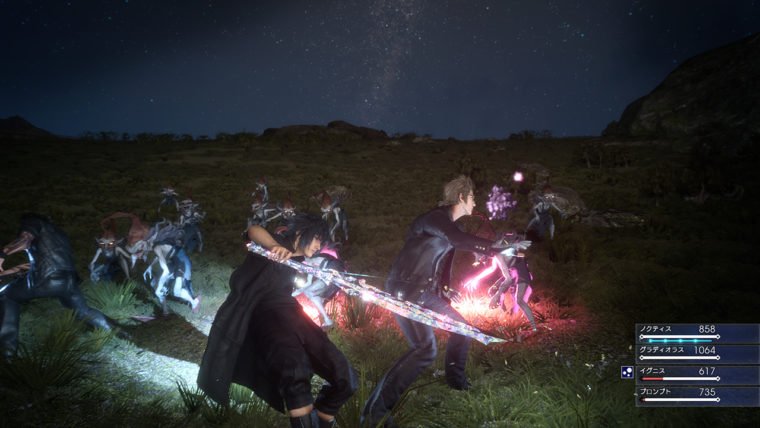 The Final Fantasy XV Episode Duscae demo was released in March. Square Enix then released an update to the demo that improved the gameplay and more. Now it sounds like another update will be added to it.

Chinese website, VGTime, had a chance to interview Hajime Tabata who is the director for Final Fantasy XV. It sounds like a new demo might be in the works, or some sort of update to Episode Duscae will be added in the near future.

Update: We’ve received clarification from Square Enix about this speculation and the demo mentioned in the interview excerpt below was in reference to the previously announced Final Fantasy XV playable tech demo. This demo will be available as a separate release in the future.

A clearer translation was given by a Twitter user by the name of ZhugeEX. He posted: “Hajime Tabata said in Shanghai today that a new demo is being produced, there is possible plan for free dlc & there is no plan for FF15-2.”

It sounds like it could just be Episode Duscae 3.0 as opposed to an all-new demo for Final Fantasy XV. Square Enix might be making an announcement in the new year about it. It’s also nice they are thinking of adding free DLC for the game. Fans have been waiting ten years for this game to come out…

Home / Game News / [Update] Another Final Fantasy XV Demo Update Could Be In The Works; Possible Free DLC For The Game