Horizon is a scientist out of time, desperate to return home to her son. 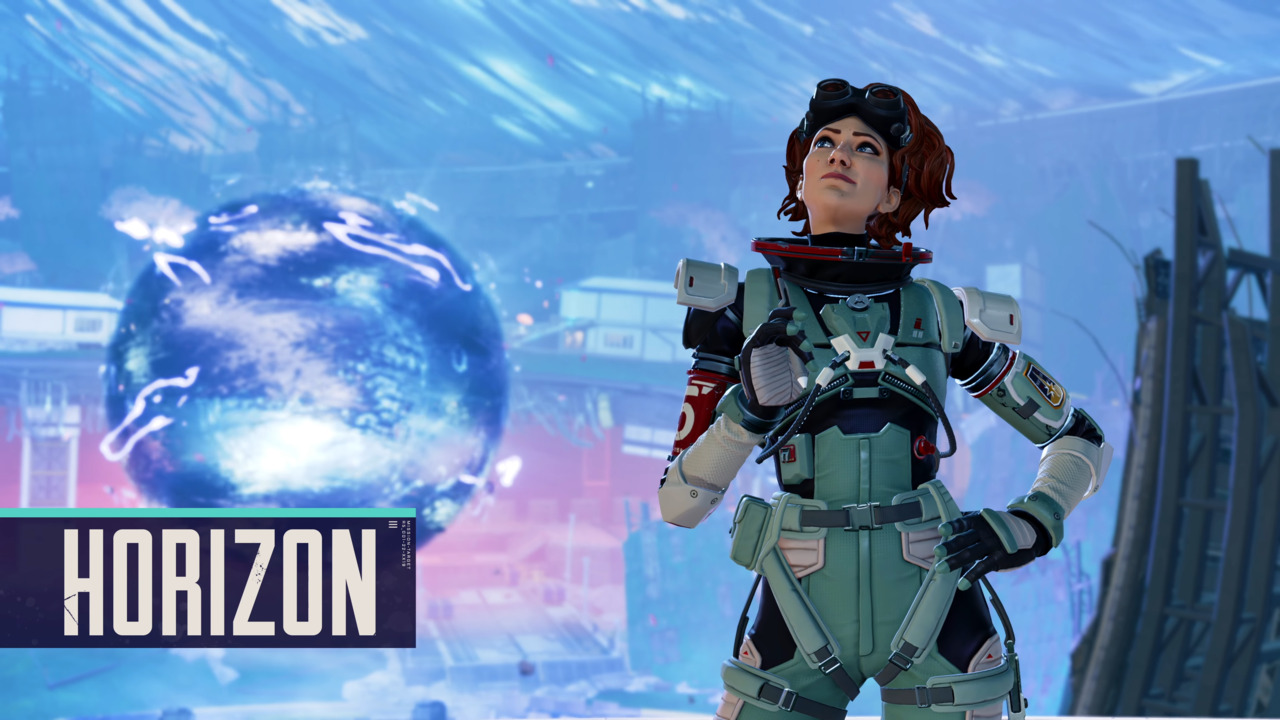 Meet Horizon, the newest legend to grace the Apex Legends roster. Voiced by Scottish actor Elle Newlands, Horizon was announced on Twitter as the newest playable character ahead of the Season 7 launch on November 4th. Horizon’s real name is Dr. Mary Somers.  After promising her son that she would return safely, she travels to the outskirts of a black hole to find the necessary materials to stop an impending energy crisis. But when she reached the black hole, Dr. Somers was abandoned by her apprentice and left to die in empty space.

While stranded near the black hole, Dr. Somers modified her robotic companion N.E.W.T. to help her escape and return to her son. When she returned to civilization after what felt like a few months, Dr. Somers found that due to the distortion of time around the black hole she was 87 years too late to see her son. Horizon now seeks out a way to travel back in time to keep her promise and reunite with her son.

Gravity Lift is a device that Horizon throws onto the ground that emits a controlled beam that launches players, opponent and teammate alike, into the air. It can be used to help your squad reach vantage points or to throw off the rhythm of enemy players and suspend them in the air to get the perfect shot.

Horizon deploys N.E.W.T., which pulls players towards a small black hole. Once players are within the black hole’s grasp, a gravitron blast erupts.

Horizon will be available when Apex Legends Season 7 goes live on November 4th.