The latest news in the world of video games at Attack of the Fanboy
October 12th, 2016 by Dean James 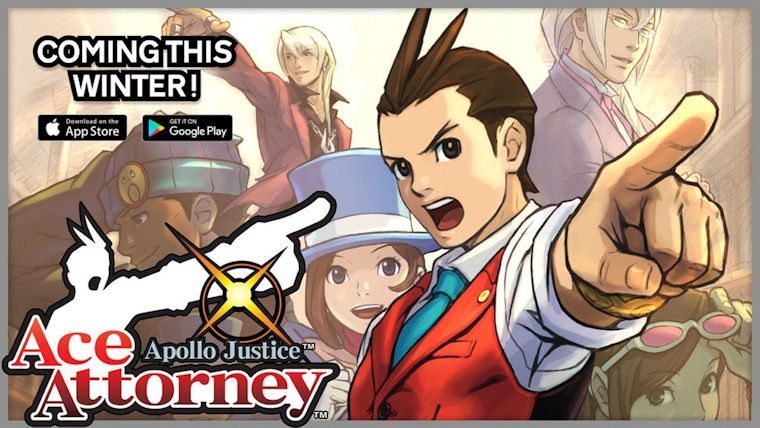 The Ace Attorney series has been around for years now with many different entries over that time, with the latest coming with the recently released Phoenix Wright: Ace Attorney: Spirit of Justice for the Nintendo 3DS. A number of the games have also released for other platforms like iOS, and now one of the DS exclusives is now heading to not only iOS, but also Android for the first time.

As revealed by Capcom, Apollo Justice: Ace Attorney will be arriving for both iOS and Android platforms sometime this upcoming winter.

While games like Phoenix Wright: Ace Attorney Trilogy released on Android in Japan, it was only brought to iOS in the US. Thankfully, this appears to be a worldwide release on both platforms, so many more people will be able to enjoy this game.

With Apollo Justice: Ace Attorney now getting a re-release on mobile, it would be nice to get it released on 3DS as well, even though you can just buy the DS cartridge if you so wish. Regardless, this is yet another option to check out a game that especially is important in the latest entry in the series. We’ll have to wait to get an official release date, so just stay tuned and look for the game sometime this winter.