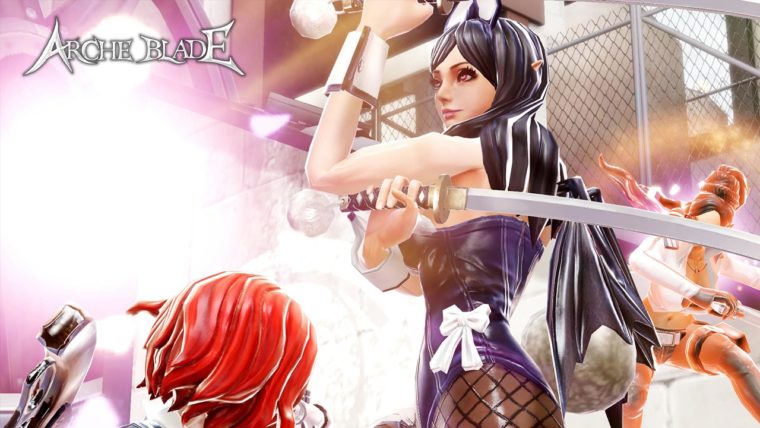 While free-to-play has become far more popular over the past few years in the PC market, that trend hasn’t extended into 3D brawlers. Console gamers have had a few of them in the form of F2P Tekken, Dead or Alive, and most recently SoulCalibur games – but none of those were brawlers. ArcheBlade brings the one-on-one fighting from those games and blends it with the mechanics of a 3D beat-em-up like Spikeout. Like a more traditional fighting game, the roster is reasonably expansive. This free-to-play game gives you 14 characters to choose from with each offering up a different play style. It’s got fast characters, bruisers that are slow, others that are a bit faster, and even a character relying on gunplay.

The controls are designed around a keyboard and mouse setup, but 360 control support is included as well. An in-game tutorial makes learning the keyboard/mouse controls a breeze if you’re more of a console gamer and prefer a controller. While you can use a controller, commands entered with it won’t count towards finishing the tutorial. It’s a bit odd, but does force you to learn how to control the game in every situation. The controller button layout is fine, but given how precise aiming is with the mouse, you may want to just use the keyboard and mouse setup after a couple of sessions. Luckily, you can use both at once, so if you’ve like to use a left stick instead of WASD to move and then do everything else with the keyboard/mouse setup, you’re able to.

Combat is diverse given how many characters are included, but the individual combos are a bit limited. In that sense, it definitely feels more like a beat-em-up than a fighter, but the mix of FPS-level player counts and beat-em-up mechanics works reasonably well. It’s definitely not a game I can see myself spending a ton of time with in extended play sessions. However, it is easy to imagine a future with this being played in short bursts over the long haul. It’s free to play, and your haul for just beating the tutorial lets you buy two of the 14 characters for multiplayer use right away. You can train with any character for free offline, and it doesn’t appear to rely on a pay-to-win mechanic – so for a F2P title, it’s very fair and doesn’t push you into buying stuff. If you’re looking for a new game to try out and enjoy either fighters, FPS games, or brawlers, then give this a shot.