The latest news in the world of video games at Attack of the Fanboy
September 22nd, 2017 by Jelani James 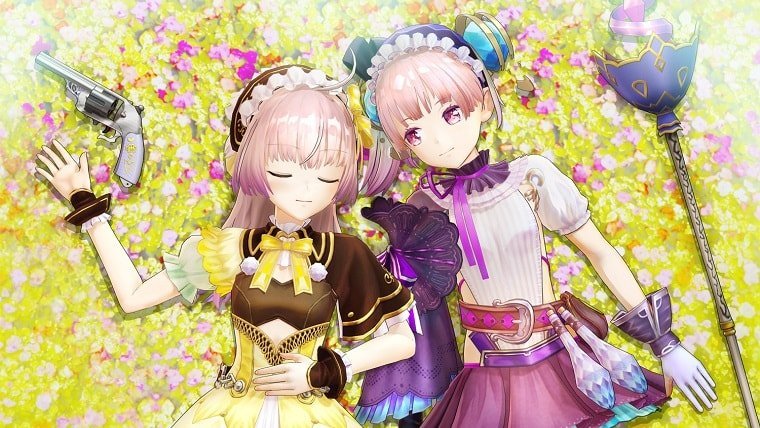 Koei Tecmo has announced that the latest game in the long-running Atelier series, Atelier Lydie & Suelle: The Alchemists and the Mysterious Paintings, will be arriving in North America on the PlayStation 4, Nintendo Switch, and PC via Steam in early 2018.

This title features twin protagonists — the reserved but caring Lydie, and the eccentric and carefree Suelle — who both share a dream of owning the country’s top atelier. In the meantime, however, they help their father run a family-owned studio, which doesn’t have too many customers due to his own inexperience.

As they hone their skills, things soon become more exciting for the twins once they discover a mysterious painting and find themselves drawn inside its world. By exploring the painting and finding new ingredients hidden in the environment portrayed by the picture, the girls set off on an adventure to use those ingredients to increase the popularity of their atelier back home and make it the best in the country.

Atelier Lydie & Suelle: The Alchemists and the Mysterious Paintings is set to arrive on the PlayStation 4, Nintendo Switch and PC via Steam in North America, as well as Europe, in early 2018. A specific date has yet to be revealed.

Check the announcement trailer and 14 minutes of gameplay that was showcased at TGS 2017 below: