Take to the skies in latest Battlefield 3 Trailer 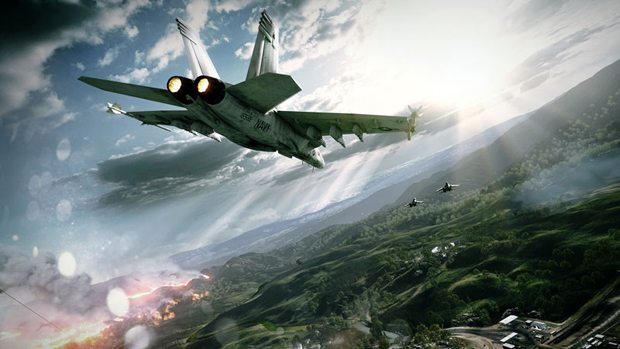 There was a reason that EA shipped in that large MIG fighter plane to Germany for Gamescom 2011, and that reason was to remind all of us that you can fly them in Battlefield 3.  The latest trailer revealed by DICE shows off a large scale battle that includes helicopters, tanks, atvs, and of course…jets.  What is probably the most impressive multiplayer gameplay video that has been released thus far,  is from the Caspian Border map, one that is on display at the convention.

The map is said to be playable at the convention, and running 64 players on PC.  If its anything like the video below, you can be sure that there are some of the most epic battles that Germany has seen in 60 years.  Have a look at multiplayer gameplay trailer below, and don’t feel bad about wanting to watch it twice.