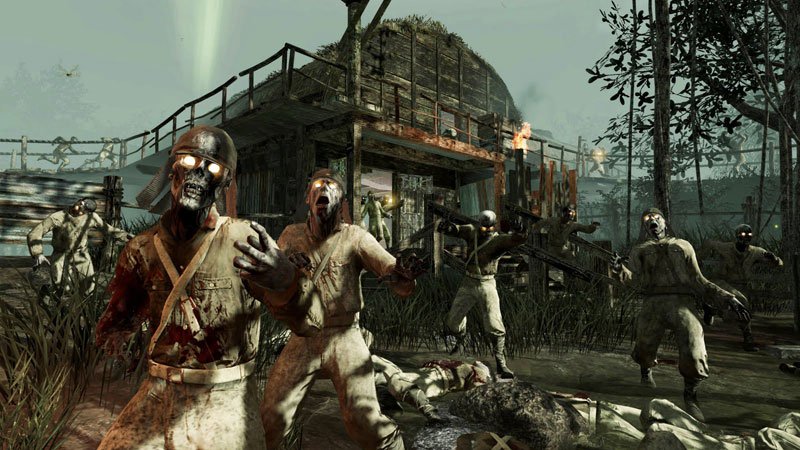 The Call of Duty: Black Ops Rezurrection DLC will hit the PlayStation Network sometime later tonight according to Dan Amrich of Activision.  The zombie themed content which released last month on the Xbox 360 opens up access to classic zombie’s maps from Call of Duty: World at War as well as sending zombie hunters on a brand new mission on the moon.

The four classic maps include Nacht Der Untoten, Der Reise, Shi No Numa, and Verruckt.  The new moon based map is probably the most ambitious of all zombie maps that have been released for the game.  Including elements of all previous maps, the moon maps takes it to another level featuring air-locks,  a zero gravity environment, and some interesting new weapons for Dempsey and co to

Look for the content to hit the PlayStation Store later tonight or early this morning depending on your location.