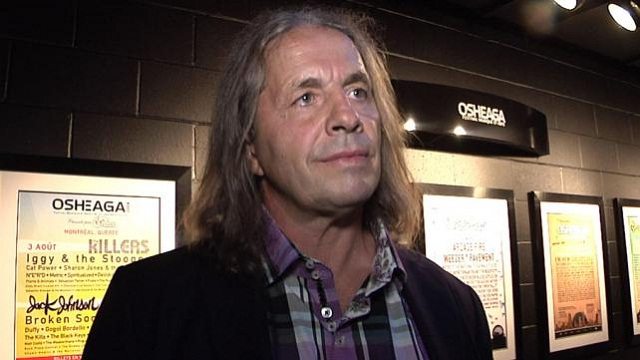 Much can be debated about the ratings in wrestling video games mainly because it’s based on scripted entertainment. Bret Hart is one person that disapproves of the ratings in WWE 2K16.

Bret Hart recently spoke out on Triple H’s rating in WWE 2K16 via the Bret Hart Radio Show. He didn’t like the fact that he was rated much lower than Triple H in the game.

He said: “They were telling me how I’m an 85 or something like that and Triple H is a 98. I remember I was like, “Why would he be a 98?” And they go, “Well because he’s the boss and we have to suck up to the boss.” I dunno, he was laughing about it. It kind of pissed me off. I thought, “I don’t care how many titles Triple H wins. He could never lace my f*cking boots up. Period.”

Bret Hart has never been a fan of Triple H and continues to speak negatively about the man every chance he gets. The ratings and professional wrestling itself is all opinion based since it’s all scripted entertainment anyway.

Things are unlikely to change in WWE 2K17. It’s highly possible Triple H will be near the top of the ratings again along with John Cena and Brock Lesnar.