Bungie on “final approach” for Destiny 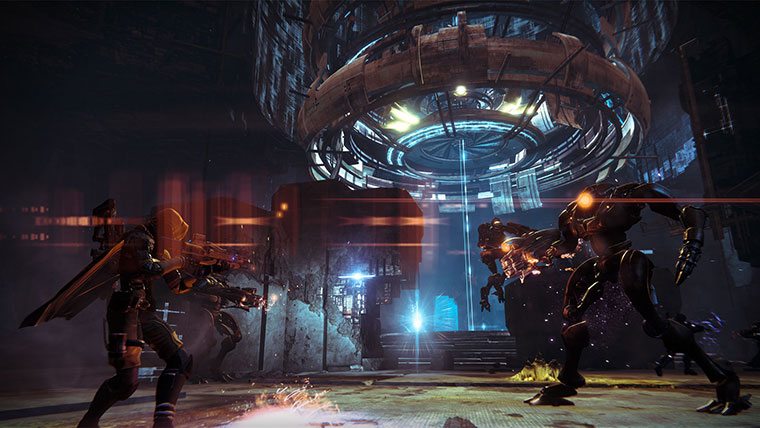 Destiny,Bungie’s massive “shared-world shooter”, is set to release on September 9, according to a recent blog post by community manager Erik “Urk” Osborne.

There has been much hoopla surrounding Destiny, due in part to it being the first game in over a decade that Bungie will release that isn’t directly tied to the Halo franchise. Activision CEO Bobby Kotick claims that Destiny will be the “best selling new video game IP in history.” While there have also been concerns over Destiny, most notably its release date being pushed back and the loss of lead writer and design director Joseph Staten and audio designer and composer Martin O’Donnell, Osborne has stressed that Bungie has its sights set on the September 9 release date.

According to Osborne, “According to the big green font at the top of each page, we are ON TRACK. Those two simple words in repetition are packed with emotion, and even a tiny bit of relief. We’ve been working on Destiny for so long – ages it seems like…We are hurtling towards September 9th. We are on final approach.”

Osborne also shed some light on the development side, stating that Bungie had a pre-alpha build for some select journalists last week. He also said, “Pre-Alpha itself is just a beginning. It leads us into Alpha proper, and you into Beta, but it’s already keeping us up late into the night. Though we’re bleary-eyed and exhausted with the day-to-day challenge of keeping Destiny ON TRACK, the tiny sampling offered by our Pre-Alpha is already hugely motivating.”

The Destiny beta is still scheduled for this upcoming summer, where PlayStation 3 and PlayStation 4 owners will have first crack on it, followed by Xbox One and Xbox 360 owners. Access could be gained through either pre-ordering the game or through randomized codes handed out through Facebook and Twitter last year.