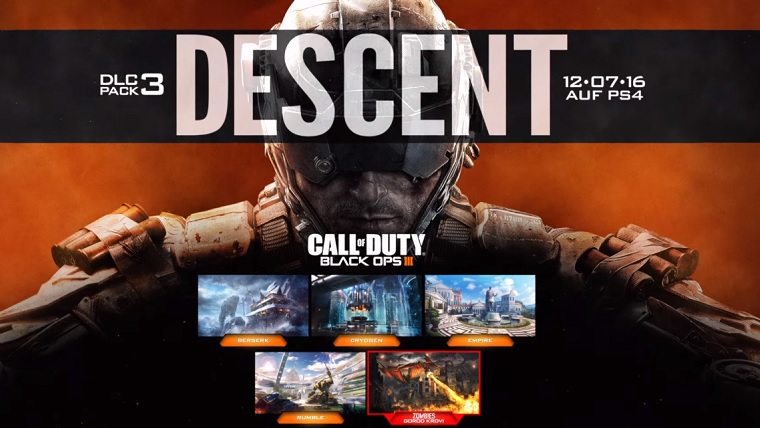 The latest batch of Call of Duty: Black Ops 3 DLC is available now on PS4, which is called Descent and brings 4 new multiplayer maps to the table along with more zombies. The DLC costs $14.99 and will take up 8.1GB on your PS4, though it is also included in the game’s Season Pass.

As for the 4 new maps that are included with the new Descent DLC, scroll down for a complete rundown on each.

To go along with the new maps is Gorod Krovi, which is the next chapter in the game’s Zombies mode that is set in Stalingrad. The DLC is expected to come to Xbox One and PC early next month. Check out the trailer for the new DLC below.