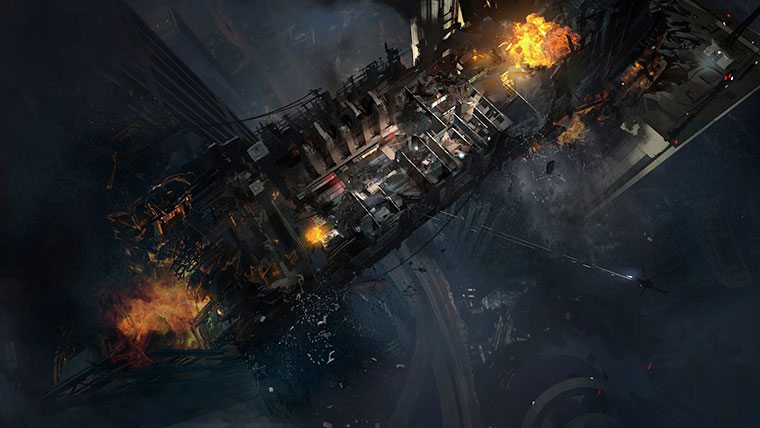 It would appear that the gaming community finally has some clarity regarding the aptly named ‘Resolutiongate’ surrounding Call of Duty: Ghosts. For those unfamiliar with this weeks events surrounding Ghosts, here’s a short synopsis;

Call of Duty Ghosts will run ‘natively’ at 1080p on the PS4 when it launches later this month. It will only run natively at 720p on the Xbox One though, before the output is ‘upscaled’ to 1080p. For those unfamiliar with the jargon, this means that the latest CoD runs at a higher resolution on the PS4 than on the Xbox One, where it is stretched slightly.

Now, thanks to an interview with IGN, we know directly from Infinity Ward why this is the case. Mark Rubin, Executive Producer at IW, explained in his interview that frame rate was the main goal for Ghosts; “We did our best to make the best looking game on each console, and making sure we nailed down 60 frames per second. That was a key pillar for us.”

He later explained that there was no deliberate intent, underhand tactics or corporate reason for the discrepancy in resolution. “There’s no maliciousness, there’s no specific reason why one’s 720p, one’s 1080p… That’s just the way the optimisation came out,” Rubin remarked. “To keep a smooth frame rate we needed to be 720p on Xbox One.” Rubin did go on to say that as the output of Call of Duty Ghosts gameplay on Microsoft’s console was 1080p that the difference was slim, stating that “[s]ome people actually think the textures look a little bit nicer maybe on Xbox than they do on PS4.”

Towards the end of the interview he explained that a 1080p native Call of Duty game on Xbox One was a possibility for the future. He pointed out that games from the same publisher get better over time, as they’re able to better understand and utilize the console’s architecture. So; Infinity Ward say that the real reason why CoD: Ghosts isn’t 1080p native on the Xbox One is because they prioritized frame rate over resolution. It will run at 60fps on both next-generation consoles, and that was their goal.

Call of Duty: Ghosts is out tomorrow, November 5th, for Xbox 360, PS3 and PC. It is also a launch-day title for the PS4 and Xbox One.