Weeks 2 and 3 are being rolled into seven straight days of competitive goodness. 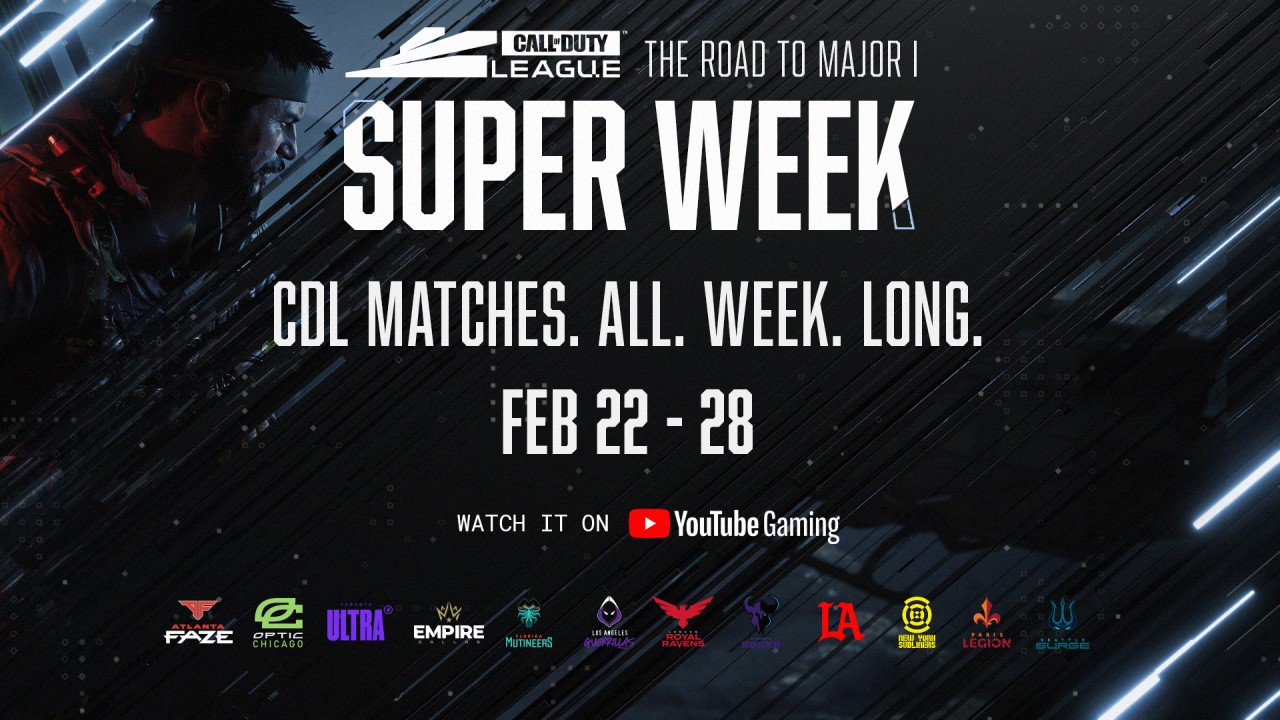 The Call of Duty League has unveiled “Super Week” today, a seven day competitive blitz that will roll Weeks 2 and 3 together. The news comes fresh off the heels of a massive cold front that’s kicked the collective shit out of midwestern America (there are 24 CDL player in Dallas, TX alone, according to the press release from the league), so instead of risking their players’ safety, the Call of Duty League – with input from the players – decided on hosting this new “Super Week”.

Just because Weeks 2 and 3 are being rolled together that doesn’t mean a single match will be missed. All 20 matches from Weeks 2 and 3 will be played during “Super Week”. The action will kick off Monday, February 22nd with a doubleheader, featuring the Florida Mutineers versus the Los Angeles Guerrillas, and the Toronto Ultra battling against the Atlanta FaZe.

The Call of Duty League “Super Week” follows a record-breaking Opening Weekend, and both the League and their pros decided it was better to postpone the usual multi-week format the CDL usually follows to ensure everyone could get themselves into a safer position in lieu of the storms battering middle and eastern America.

Texas has been hit particularly hard by the ongoing storms and frost (I was supposed to drive up to Oklahoma City via a route through Texas this Monday, but was told to stay home till the weekend due to the brutal freeze), so it only makes sense for the League to roll the matches back. Combining Weeks 2 and 3 into a “Super Week” – seven straight days of competitive goodness – not only makes sense from a safety perspective, but should lead to a more exciting raft of events.

You can watch all the Call of Duty League “Super Week” matches over on their official YouTube channel (YouTube.com/CODLeague) starting February 22nd. The full official schedule for “Super Week” can be viewed below, featuring match-ups, dates, and times. 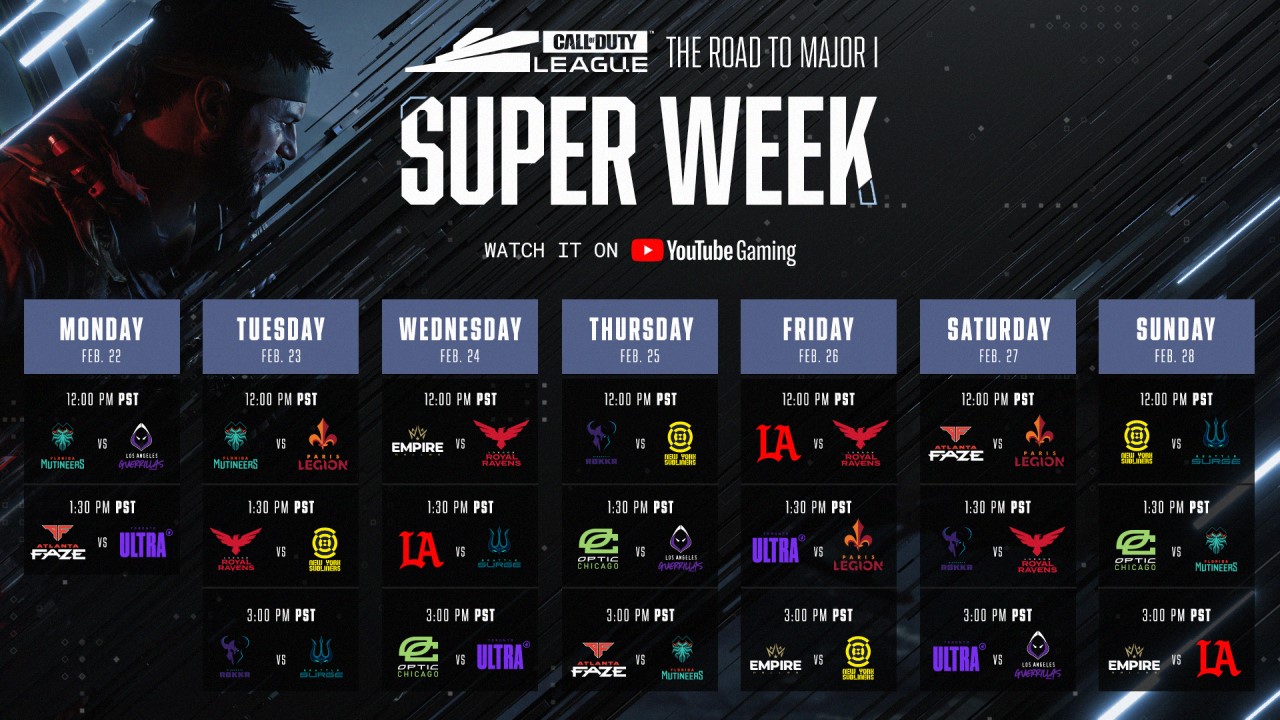