Call of Duty: WW2 Does More than Just go Back to ‘Boots on the Ground’ 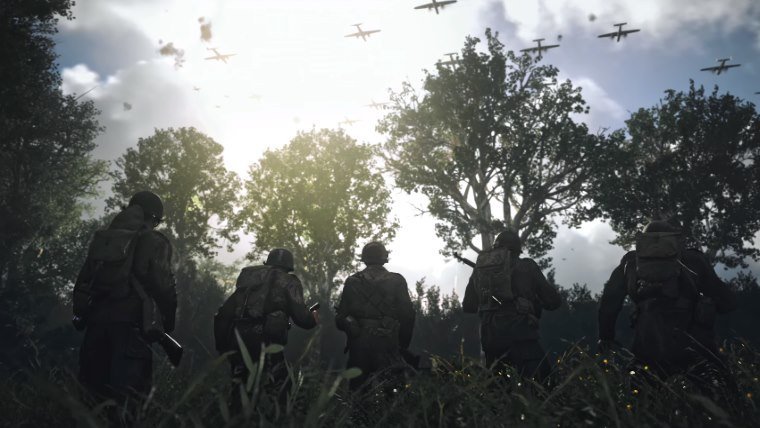 During today’s Call of Duty: WW2 reveal livestream, which you can watch right here, there was a lot of new information revealed about the upcoming shooter. One thing that fans have been dying to know is whether this game will bring back the traditional and classic “boots on the ground” gameplay that the series is known for. According to Acitivision CEO Eric Hirshberg, it not only does that, but it goes even further.

“Call of Duty: WW2 does more than just go back to boots on the ground,” said Hirshberg. “It also delivers a gripping, immersive story, in a darker, reverent tone, which captures both the epic scale, and the human struggle of this incredible conflict.”

Boots on the ground has been a catchphrase of late, with the CoD series moving more toward frenetic and mechanic heavy gameplay. They’ve added in jetpacks, wall running, and lots of other things. It seems like Call of Duty: WW2 is truly going back to its roots here.

It seems like Activision and Sledgehammer are definitely hitting on a lot of things that CoD fans have been waiting for. When he said that Call of Duty: WW2 does more than just go back to boots on the ground it would have been easy to expect some bad news. Like they’ll be adding in experimental jetpacks or something that messes with that key formula. Instead he praised the team for crafting a fantastic storyline, set within the greater conflict of WW2.

The team definitely seems to understand how important this game is both to the franchise and the fanbase. The livestream went on to show a lot of behind the scenes stuff, which included a lot of the team talking about Call of Duty: WW2 and how they were totally dedicated to making both a good game and one that pays tribute to the actual soldiers who fought in WW2.

Home / Game News / Call of Duty: WW2 Does More than Just go Back to ‘Boots on the Ground’