Call of Duty: WWII Sales in the UK Well Above Infinite Warfare

The latest news in the world of video games at Attack of the Fanboy
November 6th, 2017 by Jose Belmonte 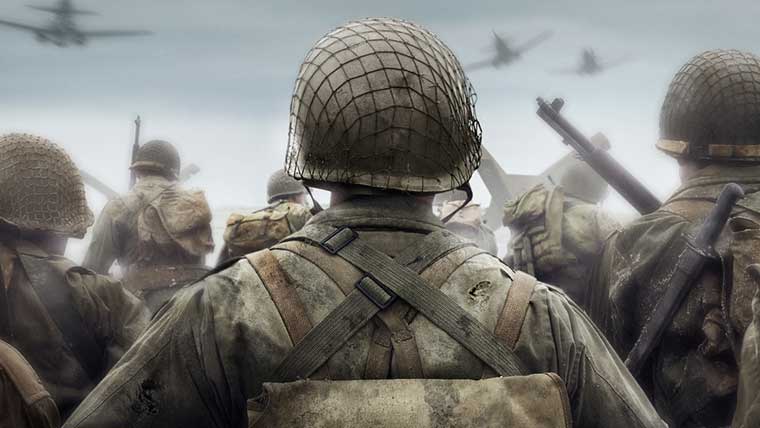 Activision’s Call of Duty: WWII debuts in the United Kingdom on top of the charts as its tradition in the series. What is noteworthy here is that the game has managed to reinvigorate the popularity of the series by improving on the numbers of last year’s Infinite Warfare by a stunning 57% in physical sales. While the shooter series has never lost its power as a massive seller, the progressive decline in sales in recent years had been seen as signs of fatigue of the players and inability by the company to develop a new entry that would satisfy fans in the way of the most beloved games in the series.

Thankfully, WWII represents an impressive return to form in sales, which makes clear that the company made the right decision when it took the franchise back in time for this entry. In terms of revenue WWII did 21% better than Infinite Warfare, which is explained by WWII’s lack of the expensive Legacy and Legacy Pro editions. 57% of total users purchased the game for PS4, and 42% bought it for Xbox One. While the charts shared by GfK only reflect the physical market, it is believed that digital sales have also improved from last year.

WWII also seems to reinvigorate the series in terms of quality, as we stated in our review: “The developers hammer home what made Call of Duty so great in previous years, while also adding a bunch of modern content and gameplay twists of their own.  As far as Call of Duty games go, WW2 is an instant classic.”

As for holdovers, Assassin’s Creed Origins only dropped 36% in sale sin its second week, no doubt a fantastic result for what is the norm among big productions. The Xbox One version seems to be benefiting from a lower average price compared to PS4 and for the proximity of the Xbox One X release. FIFA 18 kept its number 3 placement dropping only 17% in sales, while Super Mario Odyssey falls a more normal 67%.