The latest news in the world of video games at Attack of the Fanboy
December 17th, 2016 by Damian Seeto 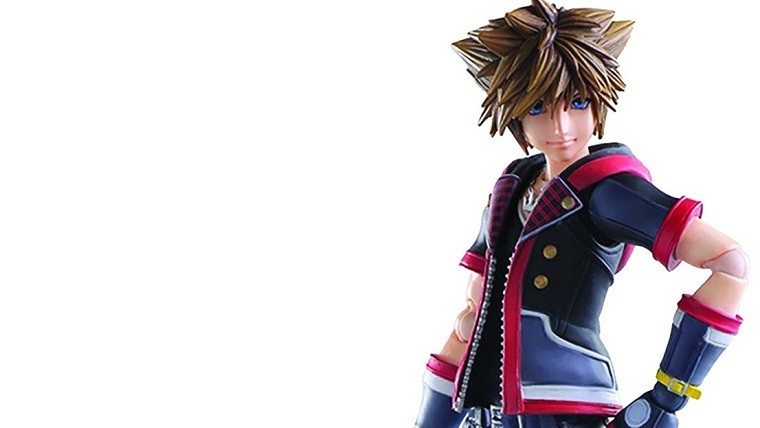 Amazon has now opened pre-orders for the detailed looking Sora toy that is based on his design in the upcoming Kingdom Hearts 3 video game. 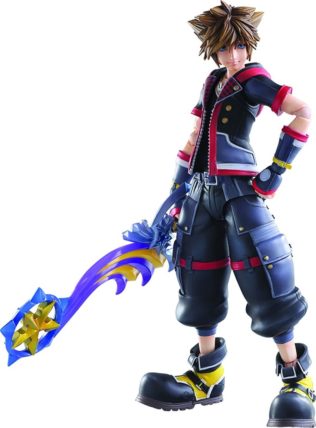 The Sora toy from Kingdom Hearts 3 costs $149.99 and has a release date of February 22nd, 2017. Sadly, this product can only be shipped within the USA from Amazon. Amazon isn’t allowing you to import the toy outside of the USA.

The production description says: “From Square Enix. From the latest chapter in the globally beloved Kingdom Hearts series by Disney and Square Enix, Kingdom Hearts III, the protagonist Sora now makes an appearance in the Play Arts Kai action figure line! Accompanying the improvements in the graphic technology of the game, our designers have paid close attention to expressing the minute details in the sculpt work of Sora in his slightly more mature and grown-up figure.

He is highly pose able due to the utilization of flexible materials. The Keyblade that can change form into a double crossbow — which could be called the trademark of this title — is also included as an accessory part. With all these features and more, this figure is certainly an eagerly awaited collector’s item for fans.”

This toy is highly likely to come out before the actual video game is ever released. The game was first announced at E3 2013, but it still has no release date in sight. Well Final Fantasy 15 eventually came out, so hopefully we’re closer to seeing the new Kingdom Hearts video game now.

Square Enix will be busy as the Final Fantasy 7 Remake is also in the works. We’re likely to hear about more both games sometime in 2017. Fans have been waiting for a direct sequel to Kingdom Hearts for a very long time now. It will be a memorable day once Kingdom Hearts 3 turns gold and is in our hands.