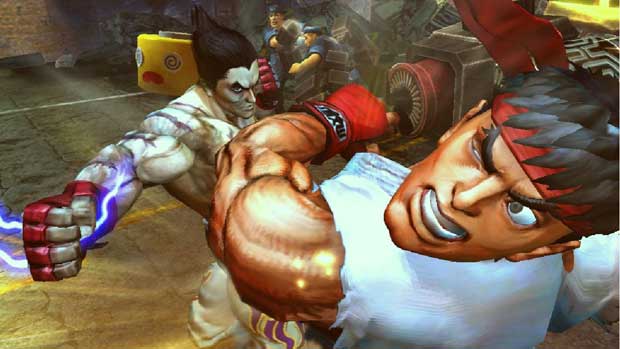 Capcom’s DLC practices have been under scrutiny as of late.  Fans seemingly reached their wits end with Street Fighter x Tekken, which featured a hearty chunk of locked content on the recent release.  Apparently Capcom sees nothing wrong with selling a game with locked content on the disc, despite fan outrage, the publisher has moved to defend their stance.

“At Capcom, we value our customers and make every effort to resolve customer complaints.  We are sorry to hear that was so disappointed with the Street Fighter x Tekken game, and would like to respond to his complaints.  While Capcom is sorry that some of its fans are not happy about the chosen method of delivery for the DLC, we believe that this method will provide more flexible and efficient gameplay throughout the game’s lifecycle… There is effectively no distinction between the DLC being “locked” behind the disc and available for unlocking at a later date, or being available through a full download at a later date, other than deliver mechanism.”

One downfall for the Street Fighter x Tekken community in this fiasco, was that some players were able to access the content on the disc, and were even able to use the content online.  Besides that obvious flaw, gamers are obviously disgruntled about on-disc DLC and the Day 1 DLC that seems to be a staple of every major release these days.