The latest news in the world of video games at Attack of the Fanboy
July 21st, 2017 by Jose Belmonte 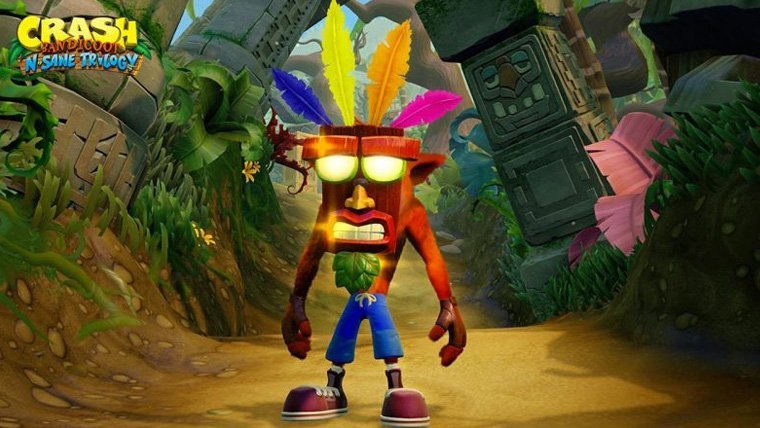 On the back of a good result in the latest NPD report, Activision has revealed that Crash Bandicoot N. Sane Trilogy only needed two days to become the best selling physical game worldwide for the month of June. The game launched in most territories at the end of the month, and it has performed well in all the monthly and weekly charts. In the United Kingdom it became the biggest launch of the year on a single platform, and it has remained at top of the chart for two weeks in a row.

Activision’s CEO Eric Hirshberg has said via press release: “The fan response to Crash Bandicoot N. Sane Trilogy has been tremendous with the title landing at number one worldwide in physical game sales, even though it was only on shelves for two days in June. We’re thrilled that there seems to be a whole lot of people out there who love Crash as much we do.”

It really seems like this remake of the classic trilogy for PS1 has awakened the dormant fanbase that once made the series a PlayStation icon. In the UK it’s the first entry of the franchise to ever reach #1 in the charts, while in the US it’s the first game since the third entry to reach the top 5.

For even more delight of the fans, the game has received a free DLC level called Stormy Ascent, which is a remake of the legendary hidden level of the first Crash Bandicoot game, which developers left out of the main adventure for being too difficult and not having time to fix it before the release date. However, the data of the level remained in the disc, and it was accessible through some specialized programs.