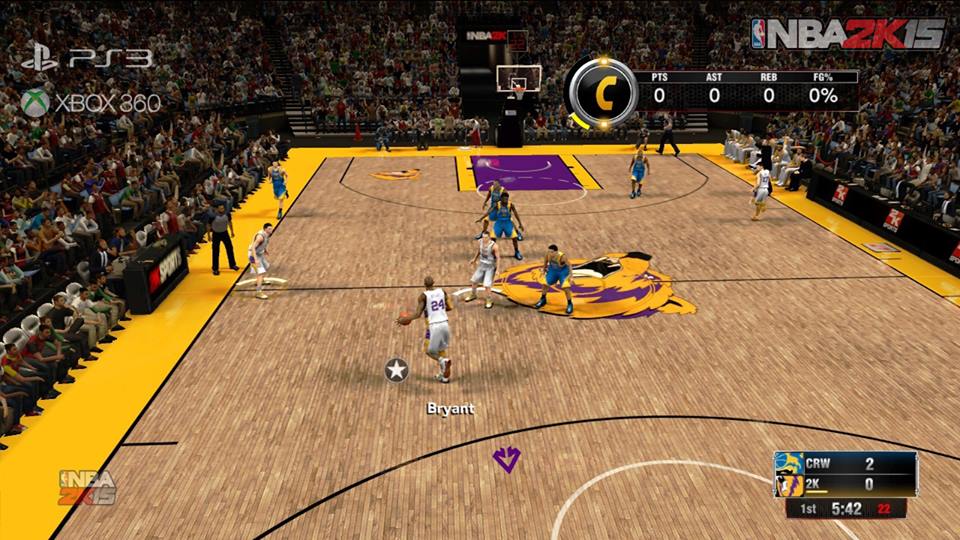 2K Sports has announced that Crew Mode makes a triumphant return in NBA 2K15. However, the mode is only being featured for the PS3 and Xbox 360 versions.

Crew Mode was last featured in NBA 2K11 and was sorely missed in NBA 2K12, NBA 2K13 and NBA 2K14. 2K Sports listened to all the feedback from fans over the years and brought it back for NBA 2K15. However, it’s noted Crew Mode is back only for the PS3 and Xbox 360 versions. 2K Sports hinted the PS4 and Xbox One versions has something similar, but won’t be sharing details yet.

2K Sports added this to current-gen consoles in order to make PS3 and Xbox 360 gamers feel special. They mentioned they didn’t want to be like other game publishers that forget about the older consoles.

During 2K Sports’ twitch stream, they also showed the first screenshots for NBA 2K15 on PS3 and Xbox 360. The graphics look the same, but it still looks decent. Obviously the PS4 and Xbox One versions will look better like last year, but the visuals are decent for the aging PS3 and Xbox 360 hardware.

It’s also worth mentioning Crew Mode in NBA 2K15 is back in full. Everything featured in NBA 2K11 is there, plus they added more awesome features to the mode too. If you loved the mode back in NBA 2K11, you’ll be nuts if you don’t pick up NBA 2K15.