Original Crysis game coming as a downloadable to XBL and PSN. 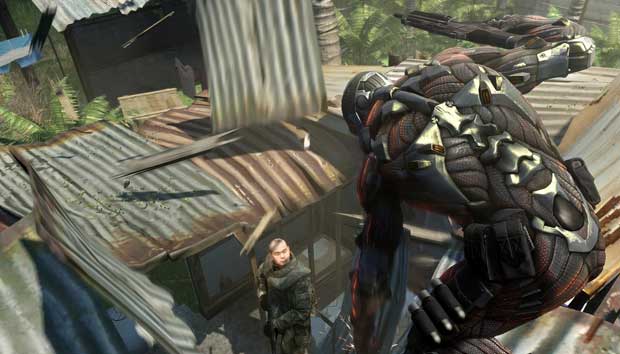 Crytek CEO, Cevat Yerli, has stated that “We are extremely proud of what we were able to accomplish with Crysis…We set out to create a next-generation FPS and delivered a PC experience that became a benchmark for quality- and still is for many gamers even four years later. By bringing the single-player campaign to console, we believe we are again setting a new standard for quality in downloadable gaming.”

EA announced that Crysis 2 has sold over 3 million copies along with more than decent reviews. Back in June, Crytek released a patch for the game that allowed PC players to experience Crysis 2 with DX11 settings, but, in Yerli’s opinion, the latest game in the franchise had “backfired on them” as many fans stated that the game had been dumbed down for consoles with more linear gameplay than the first game and that it should have featured DX11 support uppon launch for PC.

Perhaps Crytek is releasing the original game for consoles at a bargain (arguably) to test the more open “sandbox” game mechanics on the console audience for a true return to their roots with Crysis 3 (should it see the light of day)?