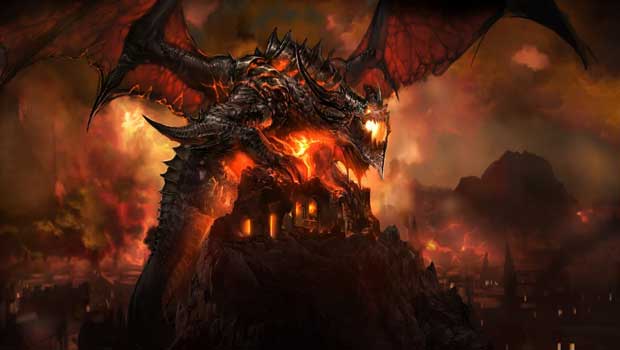 Deathwing has been a thorn in the side of World of Warcraft players since Cataclysm launched last year, and according to recent reports we’ll get to extract revenge on the bringer of the Cataclysm. The battle with Deathwing is reported to be included in the upcoming patch, 4.3.  Also reportedly included will be three new five player dungeons, a new raid, and Ethereal abilities.

Players will gain the ability to use armors that they believe look esthetically cool, and combine them with powerful sets.  Blizzard notes that many players are using the same top level armors, with a ton of content not being used any more, Tom Chilton told Kotaku.

Following up with that recent image of the Void Storage in what appeared to be Stormwind, the newest patch will offer Void Storage.  This extra storage is said to give players between 100 – 150 extra storage slots.  Last but not least, it should be much easier to find raiding parties with the new feature called “Raid Finder”.  Said to function like the currently implemented Dungeon Finder, it will automate the search for raiding parties.

Chilton said that the bulk of the patch coming down the line in 4.3 is content oriented, and that the Deathwing battle is “the most epic encounter to date”.