First Hints of Next World of Warcraft Content Update 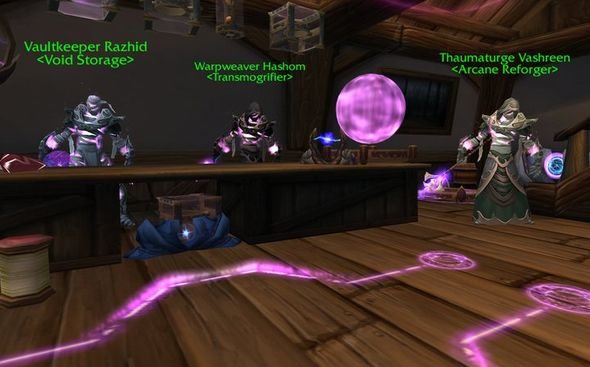 Blizzard’s Facebook fanpage recently turned up a new image, which fans are unsure what to make of.  The lone screenshot features the Ethereal Race and what looks to be new vendor types.  There’s a lot of speculation as to how this will play into a future content update for WoW, but it could indicate that big changes are coming to Aezeroth in the near future.

Blizzard also recently trademarked the “Mists of Pandaria”, which sent many WoW fans clamoring over the possibility of rolling a Pandaren.  While all new content is up for speculation at this point, one thing is certain, Blizzard has no plans to slow down the content production in the near future.

Having noted in the quarterly conference call that subscriber figures have been more closely correlated with new content releases, you can expect them to be issuing more of it going forward.