The latest news in the world of video games at Attack of the Fanboy
July 12th, 2014 by William Schwartz 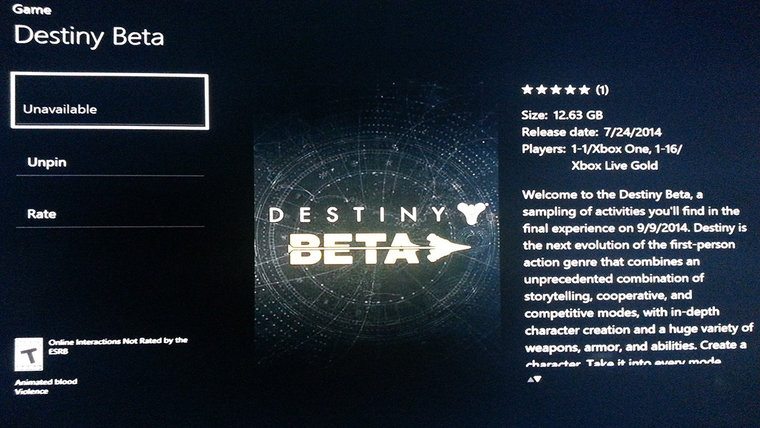 Bungie stated that Destiny’s beta would offer a wealth of content that surpassed what was on display in the recent alpha, and now we can see that through a leaked download size. In case you missed out on Destiny’s PlayStation alpha, the download weighed in at 6.8 GB. According to a hidden Xbox One Marketplace page, the beta is going to nearly double that, requiring 12.63 GB of hard drive space. We can safely assume that the PlayStation 4 beta install size will follow suit in terms of required space.

Xbox One gameplay has also emerged today alongside this discovery, giving players their first look at the game on Microsoft’s new gen system. You can view both videos here and here. For those that have yet to redeem their pre-order beta codes and/or select their platform and region of choice, don’t forget to visit Destiny’s website and do so. Remember that each beta code grants three download keys. And, just to make sure I’ve provided those not in the know with ample information, the beta will kick off on PlayStation platforms next week at 1 PM EST on July 17th with the Xbox versions following at 1 PM EST on July 23rd. Both will come to an end at 2:59 PM EST on July 28th.