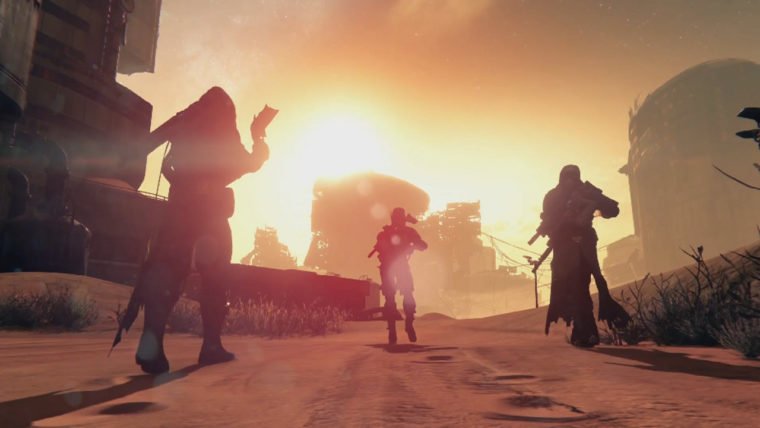 Destiny is inching closer to its final release after a hugely successful beta. The Destiny Beta only allowed players to access levels on Earth and, for a short time, the Moon. But, as we already know, there are a few planets you will visit in Destiny. Today we get our first good look at one of the game’s most important planets Mars.

What little we know of Mars may as well be a myth.

Mars plays a significant role in the backstory and mythos of Destiny, being the location where we first discovered “The Traveler” and set off humanities massive expansions across the cosmos. With the invasion of “the darkness” it seems like humanity has pulled back, abandoning Mars to the elements. The Youtube description explains “what little we know of Mars may as well be a myth. We built a massive metropolis in the red dust. No one knows what remains of our lost age, now buried beneath the dunes. ”

The trailer shows that humanity’s return to the Red Planet will not be a friendly one, with many enemies ready to send you packing. Some of those enemies seem to resemble Hunters, or perhaps Brutes, from Bungie’s other creation Halo. Either way, they aren’t going to be too kind to you, so hopefully you are geared up with all the right armor and weapons to take them down.

Destiny will be released on September 9th for PS3, PS4, Xbox 360, and Xbox One. Keep checking here for more news as the game gets closer to launch, and watch out for our review when the game does release. If you’re debating which system to buy Destiny for then be sure to click here for screenshots, and here for a video comparison of the PS4 and Xbox One versions from the Destiny Beta.