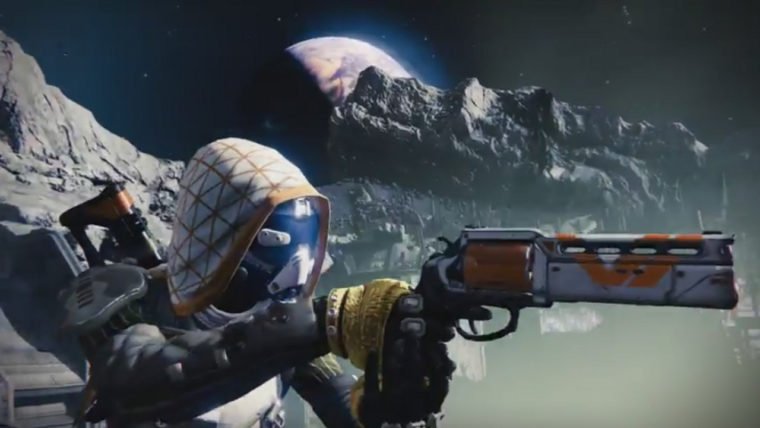 Anyone who pre-orders Destiny will get day one access to the Vanguard Armory, which grants players exclusive early access to weapons and gear found nowhere else in the game. If you don’t want to pre-order then you will have to wait at least until Fall 2015 before they unlock in your game. These exclusive items are on top of the bonuses already received from buying any of the special editions of Destiny.

Destiny pre-orders get exclusive early access to the Vanguard Armory

In the trailer, which can be seen below, you get a glimpse at the special weapons that can be accessed via the Vanguard Armory. A sniper rifle, rocket launcher, shotgun, and assault rifle are just the beginning. It seems like every weapon type got some exclusive version put into the set. And they all sport the same white and orange color pallet, complete with a big V.

Along with the weapons come additional armor and gear to enhance your character. These vary more in their design, but all appear to be valuable assets for any Guardian. The bonuses finish with an exclusive Player Emblem, which was not shown in the trailer.

The Destiny Beta just closed shop yesterday after being available for ten days on Playstation and four on Xbox. Millions of players jumped on to test the game, which Bungie called a “great success”. The final game is set to release on September 9th for PS3, PS4, Xbox 360, and Xbox One. While most of the special editions have already sold out, causing some retailers to cancel pre-orders due to shortages, the regular version of the game is still available everywhere.

Destiny’s publisher Activision commented on the cancellations by saying “The incredible demand for Ghost Edition has exceeded even our high expectations. We made as many as we could, and in collaboration with Bungie, we always wanted it to remain truly limited.”