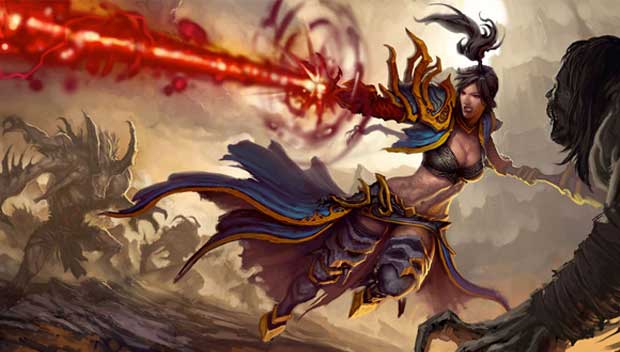 Blizzard has deployed patch 2.0.1 for Diablo III.  The massive update is one that preps Diablo for the first bout of downloadable content, bringing a number of new elements to the game.

In hopes of luring fans that may have fell of the wagon in the two years that followed the release of the game, Blizzard is introducing new systems like Loot 2.0, a new leveling system, an open waypoint system and many others.

Diablo III patch 2.0.1 arrives a little over a month ahead of the first Diablo III expansion, Reaper of Souls, which is due out on March 25th.

Simply logging into your Diablo III Client will prompt you to being the update process.

Update: Blizzard discovered an issue in testing the update, taking the Diablo III servers down in the process. A post on the Extended Maintenance was issued on the Diablo III Forums.

Earlier today, we discovered a hardware issue while conducting internal testing on patch 2.0.1. We’re currently working to resolve this issue as quickly as possible, but the issue itself is going to require significant time to address and additional downtime will be needed. As a result, the earliest we anticipate servers will be available is 8:00 PM PST.