The latest news in the world of video games at Attack of the Fanboy
December 13th, 2016 by Mike Guarino 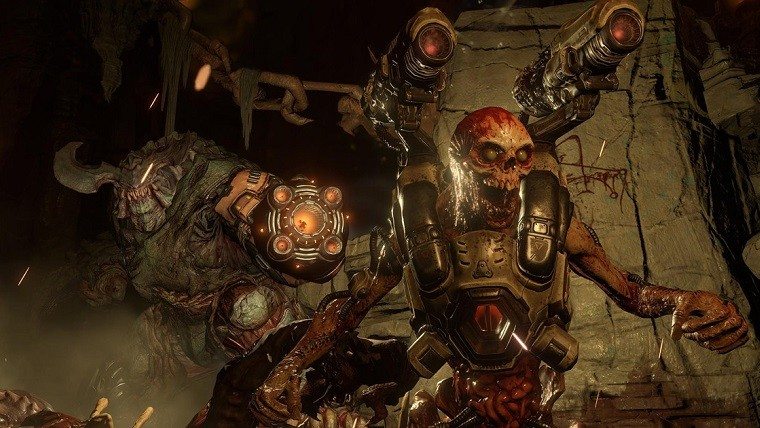 The DOOM series came back with a bang this year with the fourth main entry simply being called DOOM, serving as a return-to-form while incorporating some interesting new mechanics. One of the new mechanics that the game brings to the table that many love is the Glory Kill system, which has you brutally finishing off a weakened enemy and being rewarded with health and ammo. However, thanks to a new documentary focusing on the series it has been revealed that that popular mechanic was actually going to be featured in another DOOM game that never saw the light of day.

DOOM 4 was set to be the obvious follow-up to DOOM 3, with DOOM 3 being a more horror-focused take on the series that did not please hardcore DOOM fans despite being well-received. DOOM 4 was set to take things more into the action direction, though ultimately it just didn’t pan out. That canceled game’s creative director, Kevin Cloud, said that he “was taking it off-path and went too far in that path.” Ultimately, after years of work what the team came up with was something that everyone agreed did not feel enough like DOOM.

The creative director of DOOM 2016, Hugo Martin, said that “As a concept, I can see why they went there because I would probably want to explore that too…if it wasn’t a DOOM game.” While most of what they were working on with that game was scrapped, DOOM 2016’s Glory Kills actually got their start in DOOM 4.

DOOM 2016 game director, Marty Stratton, spoke briefly about how this mechanic was shaping up in DOOM 4, which he referred to as Sync Melee. “You would look at that and think of glory kills, ya know? But it was slow, deliberate, very cinematic way of approaching that.” Glory Kills were originally a concern that many had going into DOOM 2016 for the very reason of them potentially being slow and taking you out of the action, so it looks like they made the right choice in making them quick.

DOOM 2016 is available for PlayStation 4, Xbox One and PC. You can check out the new DOOM documentary from Noclip below.