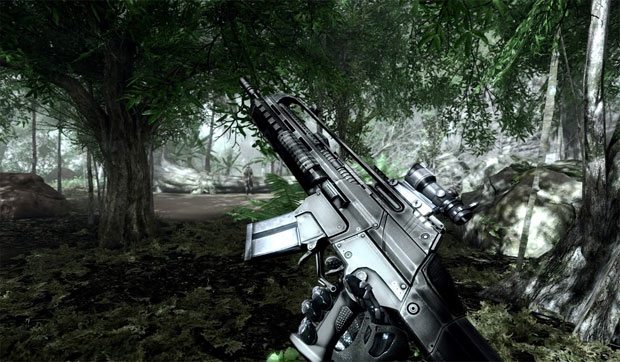 Today is the day that the original Crysis heads to console.  Available today on the Xbox Live Marketplace and PlayStation Store, Crytek’s original masterpiece gives new found fans of the franchise the opportunity to play what many considered the best looking game of this generation.  While it was exclusive to the PC, today players will get a chance to see the game in action on their living room hardware.

It’s said to be hitting consoles with no compromise from the original PC version.  What that means exactly is hard to fathom.  If you asked anyone a few years back whether they though Crysis could run on the Xbox 360 and PlayStation 3, the person you asked would likely laugh at you.  Due to the enhancements made to the Cry Engine 3, Crytek is saying that this is the case.

If you enjoyed Crysis 2 on either the PlayStation 3 or Xbox 360, this is a can’t miss experience.  Plus, you’ll have already mastered the Nanosuit, so you might as well take it for a test drive in the jungles of the original.