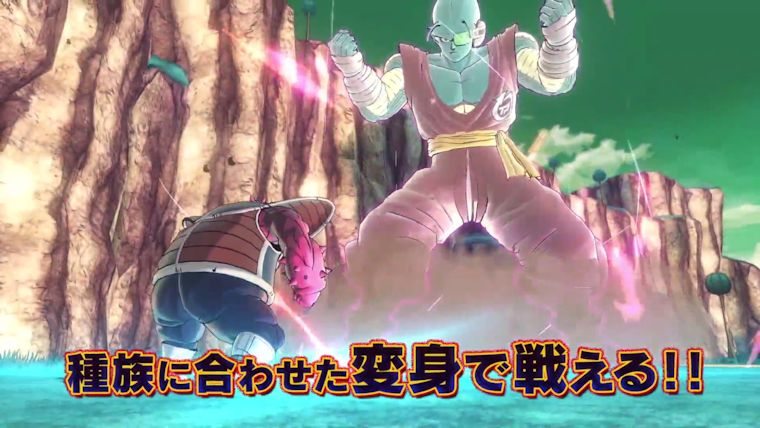 Dragon Ball Xenoverse 2 was announced a couple months ago as a follow-up to the very fun Dragon Ball Xenoverse, which had plenty of potential to build off of. We’ve really liked what we’ve seen about the new game so far and a new trailer has come out that reveals even more.

In the latest full length trailer for Dragon Ball Xenoverse 2, we get a glimpse of more of the cutscenes and gameplay we can expect in the game, including a team up of Turles and Lord Slug with a power-up from the Tree of Might.

The main focus of the trailer was on how our user created characters will be involved, including one new transformation and two new items.

The new transformation to the Xenoverse games is that of a giant sized Namekian, which has been known as Great Namek in other game series. This most recently was seen in the Dragon Ball Online game that was exclusive to Japan and Korea, where it was on par with Super Saiyan in strength in the game.

In addition to Great Namek, it also appears that the Nimbus Cloud and Power Pole have been added as items that can be equipped to your created character to use in battle. We had heard that Dragon Ball content would mostly be left out of Dragon Ball Xenoverse 2, but it’s good to see that some has made it in regardless, even is the Nimbus Cloud also was around in other parts of the franchise.