The latest news in the world of video games at Attack of the Fanboy
October 5th, 2016 by Damian Seeto 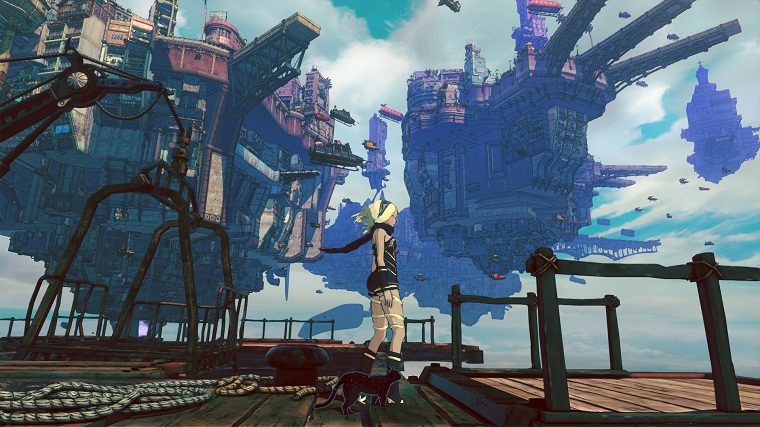 The ESRB has rated Gravity Rush 2 this week. It gives us a few more details of what is to be included when the full game comes out later this year on the PS4.

Gravity Rush 2 has been rated T for teen. The content descriptors are: “Blood, Fantasy Violence, Mild Suggestive Themes, Partial Nudity, Use of Alcohol“.

The rating summary says: This is a role-playing game in which players assume the role of a woman (Kat) searching for the origins to her gravity powers. From a third-person perspective, players explore environments, perform missions, and battle enemies using melee attacks and perspective shifts. Players mostly punch and kick enemies while flying through the air; some enemies use machine guns or knives to attack civilians or other warriors.

One cutscene depicts a man stabbing another in the back; a credit sequence shows images of a man impaled on a spike with blood on his clothes and mouth. In a handful of scenes, a fantastical character is depicted partially nude (no nipples or genitalia) atop buildings.

One side mission requires players to take pictures of beautiful women for an older man (e.g., “If you find a real looker, get her to strike a pose before taking the picture”; “She’s smoking hot, isn’t she?”). Another side mission involves a boy asking for the player’s help with curbing his father’s drinking (e.g., “Pop’s mind is scattered lately, probably from all the drinkin’”; “[Y]ou smell like booze nowadays”); characters are sometimes depicted holding bottles, drinking alcohol and swaying/staggering around.

Gravity Rush 2 has a release date of December 2nd and it is a PS4 exclusive title.