Heading to 3DS in Japan later this year, Etrian Odyssey X is poised to be the biggest game in the series. 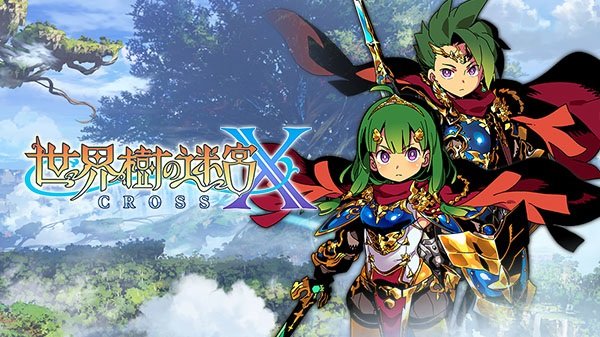 Atlus has announced during its live stream that the next entry in its Etrian Odyssey dungeon RPG series will be Etrian Odyssey X for the Nintendo 3DS.

Etrian Odyssey X will be the final entry in the series to appear on a handheld, marking an end to a streak that began when the first Etrian Odyssey arrived on the Nintendo DS in 2007. To clarify, the “X” doesn’t mean 10. Rather, much like Capcom did Monster Hunter, the “X” means Cross, making it something of a crossover/compilation.

As one might expect from a game with such a moniker, Atlus is pulling out all the stops with this entry, with Etrian Odyssey X being poised to be series’ biggest game yet. Not only will it include more labyrinths than any other entry, but will include the mechanics and features from every other title in the series, such as character creation, subclasses (no legendary titles then?), Force Boost/Force Break, cartography and difficulty settings.

Needless to say, this also applies to the classes, and Etrian Odyssey X has 19 of them (including a brand-new one):

Even ignoring the other features and increased content volume, the promise of 19 classes when combined with subclasses looks absolutely insane. Etrian Odyssey III and IV already offered a ton of customization options with its 12 and 10 classes respectively, and the increasing that number to 19 will only enhance the game’s depth. At this point, the only thing that would make it even better would be if there was reclassing (like in EO V), thus allowing certain races access to classes they normally wouldn’t have access to.

This is all the information Atlus shared for now, but it promised more — such as details about the Hero class — in the future.

Etrian Odyssey X due out for the Nintendo 3DS in Japan on August 2.