The latest news in the world of video games at Attack of the Fanboy
November 15th, 2014 by Damian Seeto 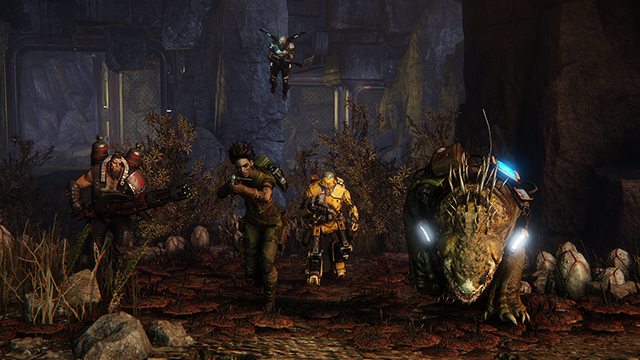 2K Games has released a huge infographic showcasing many interesting stats on the Evolve Alpha that recently happened.

If you were a Hunter in the Evolve Alpha, they notched up total wins of 753,414. Gamers that chose to be the Monster instead won 574,079 times. Both sides managed to win a lot of times, but the Hunters managed to win more.

In terms of class types chosen in the Evolve Alpha, they were all pretty even.

Here are the percentages per class:

In terms of total rounds played, 1,327,493 games were played. The longest round lasted around 40 minutes. It’s unknown who won this long round, but it’s suggested the Monster came out in top eventually.

What is even more impressive is the number of times people viewed gameplay from the Evolve Alpha on Twitch. Total views were an astounding 7,168,460. That’s a lot of people just watching the Alpha rather than playing it for themselves.

In terms of hours watched, this is an even bigger number. 2,061,140 hours of Evolve Alpha footage was watched online.

Did you participate in the Evolve Alpha and enjoy it?