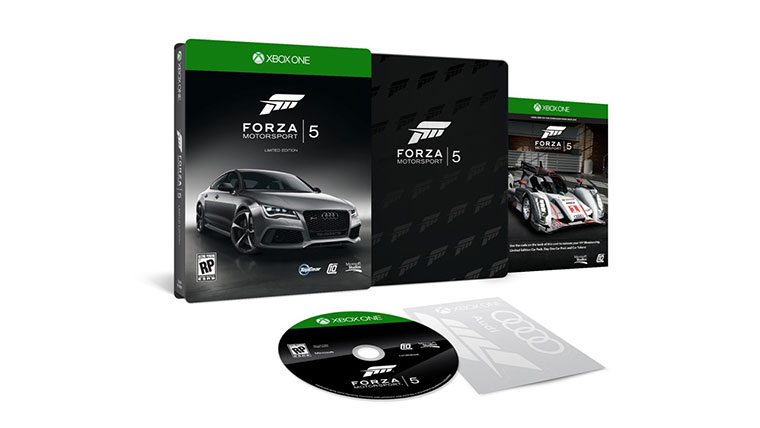 Currently for Forza 5, Microsoft’s upcoming racing simulator for the Xbox One, there are two editions you can pre-order. The Day One Edition and the Limited Edition. Xbox Wire recently had a post to help clarify the differences between the two editions.

The Day One Edition comes with a “Day One Car Pack”, with the three cars being:

It also comes with special artwork that “matches the Xbox One Day One console design.”

The Day One Edition is being sold for $59.99 at participating retailers.

Along with the “Limited Edition Car Pack”, members who pre-order said edition get access to Forza 5’s VIP membership, which includes bonuses like “2x player reward acceleration, access to exclusive multiplayer events, an exclusive in-game player card badge, and in-game gifts from the “Forza” community team.” Along with those benefits, users can access the “VIP Car Pack”, which comes with:

The Limited Edition also comes with the “Day One Car Pack” along with “a custom Steelbook™ case, a decal sheet featuring “Forza Motorsport 5”, “Xbox One”, and Audi window decals, and 1,250 car tokens (a $9.99 value) that will allow Limited Edition owners instant access to any car in the game.” It is being sold for $79.99 at participating retailers.