The latest news in the world of video games at Attack of the Fanboy
February 2nd, 2018 by Dylan Siegler 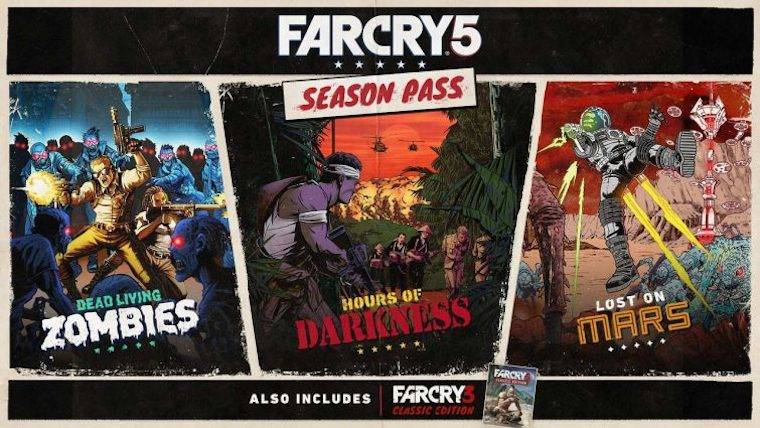 One of the most anticipated games of 2018 is Far Cry 5. Today (February 2), the game’s various DLC packs were revealed, which will be available to players with Season Passes.

In a post on the official PlayStation blog, Ubisoft, the game’s developer and publisher, discussed the four main parts of the Far Cry 5 Season Pass. Three of these are expansions to the game that take you to completely different locations than Montana, where the main game takes place. These three expansions are “Dead Living Zombies,” in which the player will fight the undead in a “zombie-infested wasteland,” “Hours of Darkness,” in which players will fight the Vietcong in Vietnam, and “Lost on Mars,” in which players will fight martians on Mars. Yes, this is all real.

Far Cry 5 is scheduled to release on March 27 for PlayStation 4, Xbox One and PC. The Gold Edition of the game comes with a Season Pass bundled in and is currently available for pre-order.