The latest news in the world of video games at Attack of the Fanboy
February 28th, 2018 by Jelani James 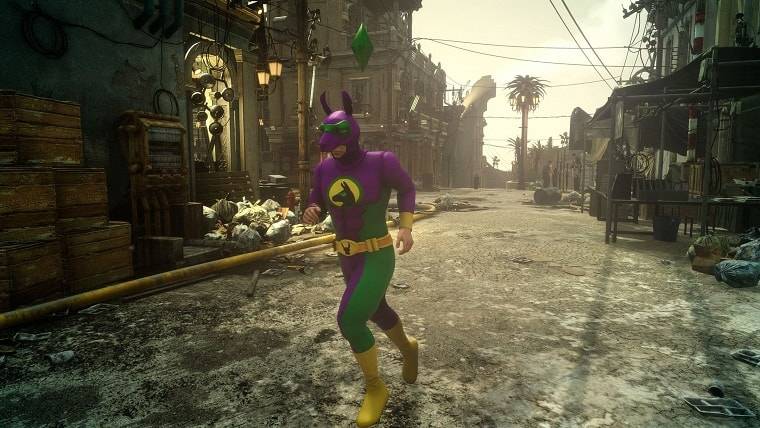 Square Enix and Final Fantasy 15 is just full of surprises. It was only last week that it was confirmed on Steam that those who purchase FF15 there would be able to dress up as Half-Life’s Gordon Freeman and now EA is joining in on the fun, announcing that players on Origin will be able to dress up in Sims-themed costumes.

Specifically, the costumes are inspired by the Llama Suit from The Sims 4 — complete with the iconic Plumbob — which Noctis can wear during the single-player campaign. Furthermore, these costumes can also be taken to the to the multiplayer expansion, Comrades.

Of course, you won’t gain any super powers while wearing the suit and fighting the forces of evil, but you’ll at least look great while doing it.

In either case, this is a notable upgrade when compared to what EA was offering before: a mere set of car decals. However, just like the other deals, this one will only be available for a limited period of time — between  March 6 (the PC version’s launch date) through May 1.

The fun doesn’t stop there though.

All of these promotions are part of a larger effort to encourage fans to pick up Final Fantasy 15 once it arrives on PC. If you’re at all interested, then check out the demo which is now available on Steam and the Microsoft Store and Origin.

And to recap, those who purchase Final Fantasy 15 on Steam will gain access to a Gordon Freeman costume, while those on the Microsoft Store will have access to a set of Phoenix Downs and Elixirs to use from the start of the game, along with a special sword.

Final Fantasy 15 Windows Edition is due out on March 6.

Check out a trailer of the Llama Suit in action below: