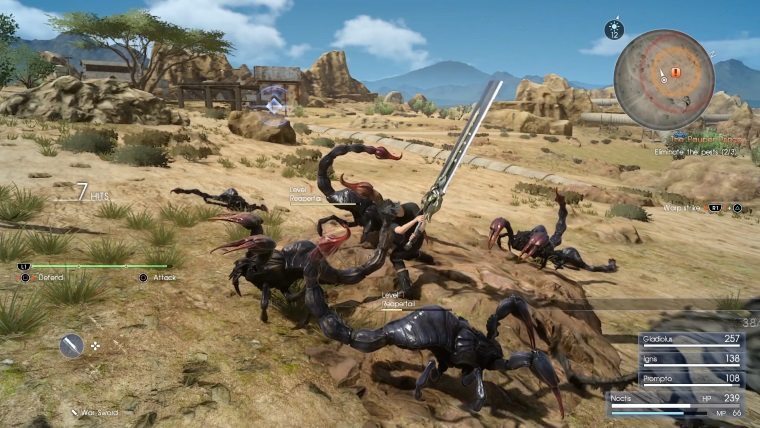 Square Enix has released a new story trailer for Final Fantasy 15 at TGS 2016. The trailer is in Japanese, but it has English subtitles for you to follow.

Here’s what Square Enix posted in its press release: “To coincide with the start of Tokyo Game Show, Square Enix revealed a new Final Fantasy 15 trailer setting the stage for the game’s epic story. With their homeland invaded, Noctis and friends escape danger and set out on their journey through the land of Eos. The trailer also introduces characters that players will be encountering in the opening chapters of the game.”

The new trailer is well over 4 minutes long and features a lot of footage. At the end of the trailer, you get to see a lot of action and what looks like to be a new summon in the form of Shiva.

Some of the other things you may have seen before such as the flying car and the battle with the Titan. All in all, it’s looking like this game will be long and epic.

Final Fantasy 15 will be out for the PS4 and Xbox One consoles on November 29th, 2016. You can see the full story trailer below.