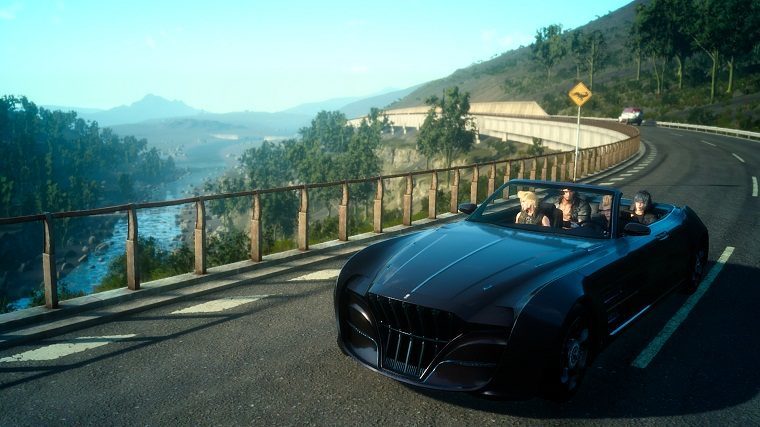 Square Enix has released update patch 1.03 for Final Fantasy 15 today on the PS4 and Xbox One. A few new changes have been added among other things.

The Final Fantasy 15 patch on PS4 was roughly around 3.2GB in size. It shouldn’t take too long for you to download. It’s likely the file size will be similar if you own the Xbox One version of the game.

Full patch notes have not arrived yet, but hopefully they are posted soon. This new update has been released just before the Holiday DLC pack is out later this week.

In terms of additional bonus content in this new update, people have noticed that there are new photo frames for you to use. You can apply these photo frames to the many photos that Prompto automatically captures in his journey. It would be cool in the future if Noctis/player themselves can capture photos.

If you are playing New Game+ sadly it doesn’t offer a new difficulty mode. You are stuck with the default options of Easy and Normal. This might be disappointing news for anyone that wants to have a better challenge. It’s possible Square Enix could add a harder difficulty if more people demand it in the near future.

Final Fantasy 15 has a Season Pass and more DLC and updates will be released in the coming weeks and months. The DLC includes extra missions and a lot of other exciting content. Even if you have finished the game already, there’s a lot for you to look forward to in the near future. We’ll be sure to let you know of all of the details.