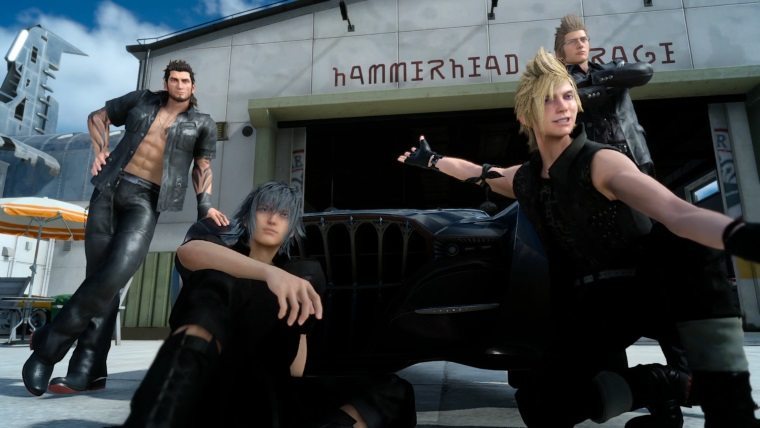 Final Fantasy 15 has a pretty extensive season pass filled with DLC, the first of which will be coming next month. However, following the release of all the solo character DLCs will be a multiplayer DLC that brings all of the characters together, and today we’re learning a little more on what’s in store for that.

The game’s director, Hajime Tabata, recently did an interview where he discussed this DLC, sharing some tidbits while admitting that he still can’t give away too much about it. “There are a lot of things I can’t really say about the multiplayer future just yet, but it will tie into the game — the main game — at some point in the story. And for the multiplayer feature, we are less focused on playing as the four main characters but rather as an avatar that the user creates themselves. So rather than having you and your friends play as these four guys and experience their journey again together, it’s more about the journey that you and your friends have together with each other in this world.”

Earlier this month we got more details on the game’s first paid DLC, which is called Episode Gladiolus. This DLC puts the focus on the main game’s tattoo-covered warrior, detailing the events that took place when he suddenly left the party during the main game. It turns out that Gladio left to train with Cor to become stronger, which includes battling monsters that are “larger than life.” The DLC costs $4.99 as a standalone purchase on PlayStation 4 and Xbox One, or you can get it as part of the season pass. It will launch on March 28th.

This will be followed by the Episode Ignis and Episode Prompto story DLCs, which will then conclude with the multiplayer expansion called Comrades. We’re still waiting on release dates for these pieces of content, but they will likely release every couple of months.

Final Fantasy 15 is available for PlayStation 4 and Xbox One.