Firewatch Is Now Available On Xbox One 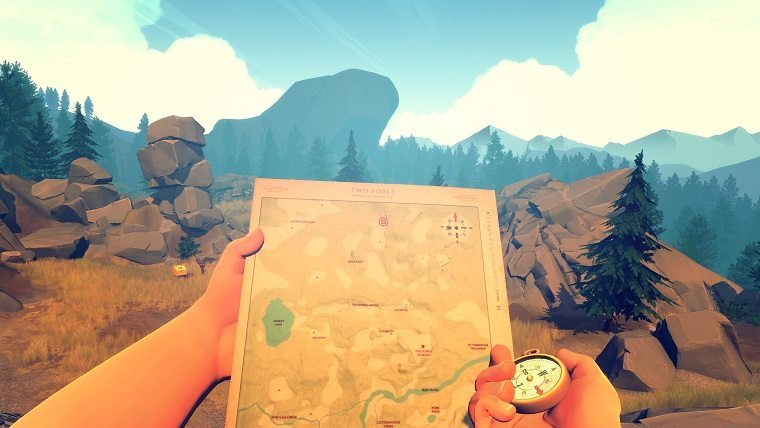 While many other big video game releases have happened this year that have kind of eclipsed the very solid start to the year for smaller games, one of those smaller games is now available on a new platform. The game in question is Campo Santo’s Firewatch, which makes the leap from PlayStation 4 and PC to Xbox One today.

For those who don’t know about Firewatch, the following is a synopsis:

“Firewatch is a single-player first-person mystery set in the Wyoming wilderness. The year is 1989. You are a man named Henry who has retreated from your messy life to work as a fire lookout in the Wyoming wilderness. Perched high atop a mountain, it’s your job to look for smoke and keep the wilderness safe. An especially hot, dry summer has everyone on edge. Your supervisor, a woman named Delilah, is available to you at all times over a small, handheld radio—your only contact with the world you’ve left behind. But when something strange draws you out of your lookout tower and into the world, you’ll explore a wild and unknown environment, facing questions and making choices that can build or destroy the only meaningful relationship you have.”

While we haven’t gotten many updates on the sales side of things for the game since about a month after it initially launched, the game did very well for a new IP as it sold 500,000 copies in its first month on the market.

Home / Game News / Firewatch Is Now Available On Xbox One