Rumor: First Gears of War Game Getting A Remake For Xbox One 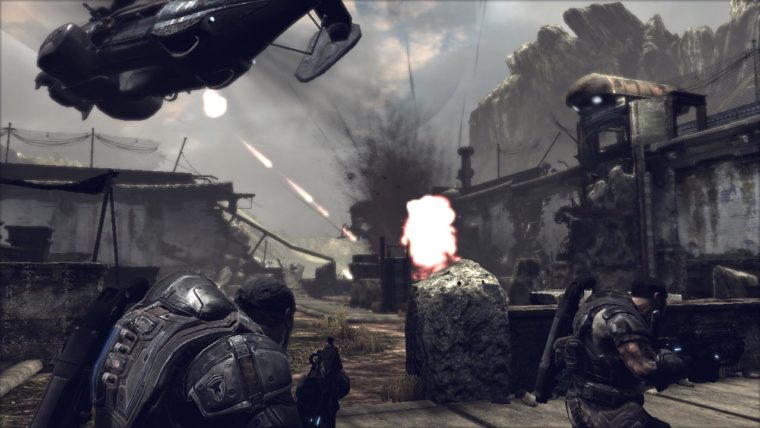 Microsoft and Black Tusk Studios are set to remake the first Gears of War game for the Xbox One.

This is according to a new report from Polygon. Their sources tell them that the first game is being remade for the Xbox One console. The game is to include improved visuals, and reworked cutscenes developed by Plastic Wax. Polygon had a chance to see stills from the new cutscenes and they liked the new visuals.

This may have been a reason why Microsoft and Black Tusk denied they are developing a “Marcus Fenix Collection” on Xbox One. This is because they are just working to remake the original Gears of War game only. It doesn’t sound like the rest of the trilogy or Judgment are getting ported to the Xbox One at this stage.

Polygon has tried to reach out to both Microsoft and Black Tusk to confirm if this news is true. It’s more than likely they are working on a remake for Gears of War on Xbox One. Although it does seem weird that Gears of War 2 and 3 are being snubbed. Until an official announcement is made, it should still be considered to be a rumor for now.

Black Tusk is working on Gears of War 4 (or whatever it will be called) for Xbox One currently too.

Home / Game News / Rumor: First Gears of War Game Getting A Remake For Xbox One