The latest news in the world of video games at Attack of the Fanboy
January 30th, 2017 by William Schwartz 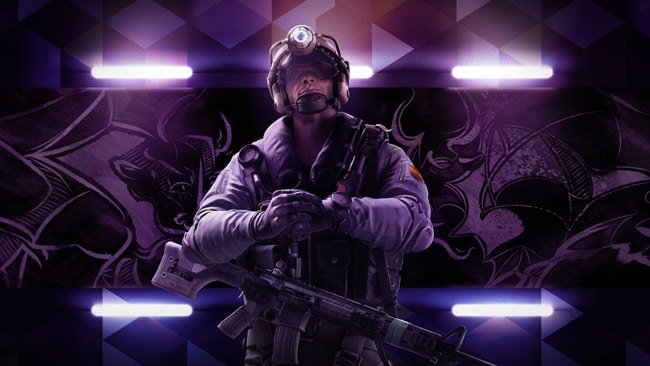 Ubisoft’s plan to kick off Year 2 of Rainbow Six Siege includes the release of more content in the form of Operators and Maps.  Today Ubisoft revealed the first of these new Operators for 2017, “Jackal.”

Jackal’s special ability is to use a special light and goggle combination to see enemy footprints.  Any footprints in his field of view can be seen, making him a valuable inclusion for a Rainbow Six squad looking to gather enemy intel on movements and positions.  Jackal, Ryad Ramirez Al-Hassar, a G.E.O. Operator belongs to the Spanish Grupo Especial de Operaciones.  He’ll be equipped with the C7E and PDw9 as primary weapons and the ITA 12S and UPS 40 as secondaries.

The implications of being able to see where enemies have moved to could prove to be a huge advantage for Jackal.  Lone wolves hiding in unsuspecting locations, may have to start rethinking their strategies if Jackal is on the opposing team.  Of course, once Jackal is released, teams could try to also use misdirection tactics.