Things get a little more jungly in this fresh DLC for For the King. 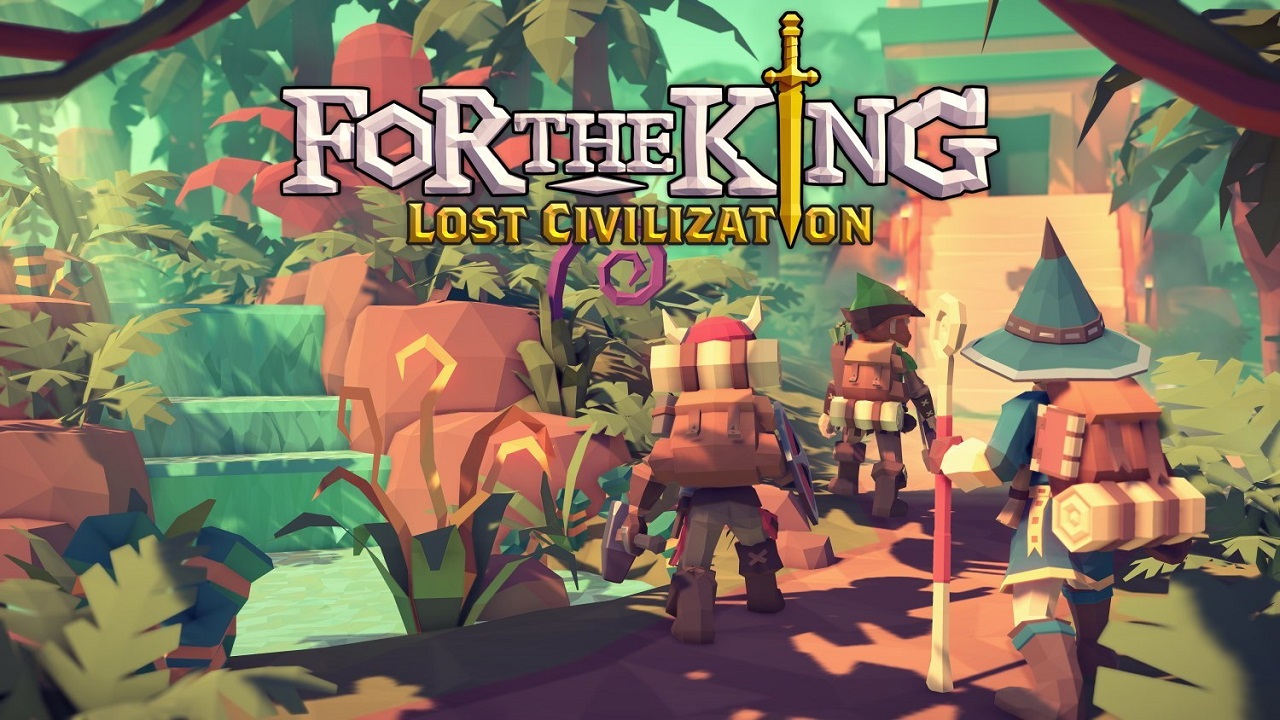 IronOak Games’ For the King may not be the most well known, but you’d be a fool to pass it up. This board game-style turn-based RPG is a boatload of fun, with plenty of charm and hilarity packed throughout. Needless to say, grabbing two friends to bring along for the adventure was an idea I don’t regret. If you’re someone who feels they’ve experienced all it has to offer though, that all changes starting today. Both the developers and publisher Curve Digital have today unveiled the first DLC for the title, known simply as the Lost Civilization DLC. You can check out the colorful trailer below.

Lost Civilization looks to head into a more overgrown setting as compared to the original For the King campaign. This new Jungle Falls region is filled with plenty of hazardous terrain to work your way around, while mysterious dangers lurk in the deepest part of the forest. Teams of heroes will be truly tested in these new jungly landscapes, but they won’t be going in unprepared. Whether you want to head sword first with the Gladiator or seek to call upon the power of the stars with the Astronomer, the Lost Civilization DLC gives you all the tools you need to spruce up your For the King experience.

You can’t forget the literal tools either though, with plenty of new weapons to slice your way through foes. Whether you appreciate the fast-hitting attacks of dual-wield weapons or like to strike your opponents down with the magical powers of versatile wants, the Lost Civilization DLC lets you do just that.

All of this is incredibly intriguing and isn’t too expensive either. The For the King Lost Civilization Adventure Pack can be yours for only a few dollars starting today. Will you be purchasing the Lost Civilization adventure pack? Let us know in the comments below.