Trade in mats for weapons and gear 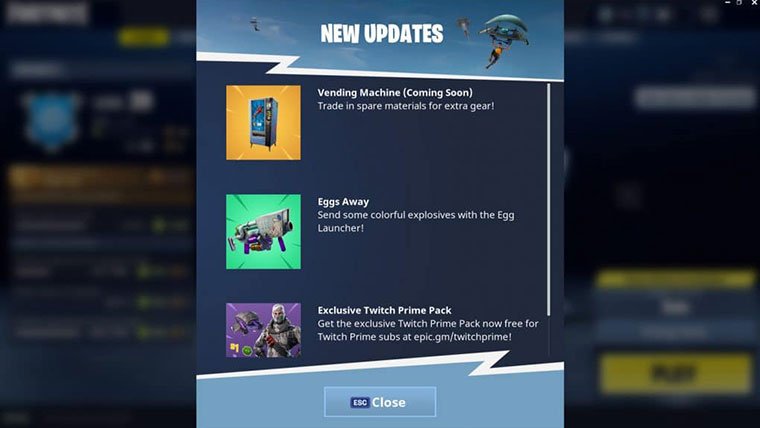 The Fortnite Vending Machine may be here shortly as the new updates section for the game is advertising it as feature that’s coming soon to the game.  The Fortnite vending machine had been discovered by players just days ago after the most recent patch for the game had them appearing in different locations.

This has now been confirmed by Epic Games, and we’ve got details about how Vending Machines will work in Fortnite: Battle Royale.  As had been earlier stated, vending machines will allow you to trade in spare materials for extra gear in the game.

The exact details on how this will function in terms of the rarity levels of the weapons/gear you’ll be able to purchase from vending machines is unclear.  Players who’d seen the bug saw that weapons were purchasable for different denominations of wood.

Finding weapons in Fortnite: Battle Royale isn’t exactly hard, but now with the vending machines in play, players will now be able to implement different strategies when playing the game.

Since players have already seen vending machines in the game (due to a bug) it’s expected that they’ll be in the game (intentionally) shortly.